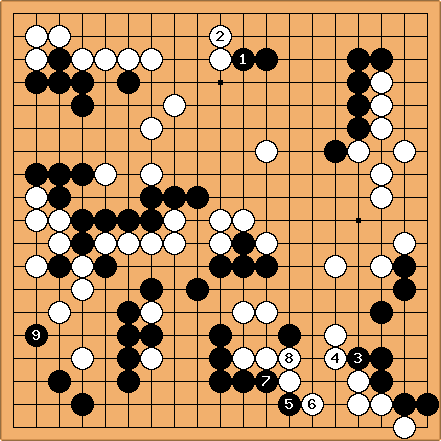 , along with black's previous endgame play, indicates that black is very confident of his lead. Black is playing very solidly, giving white no chance to create fights. 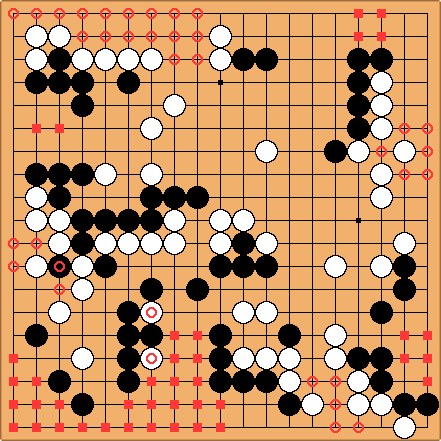 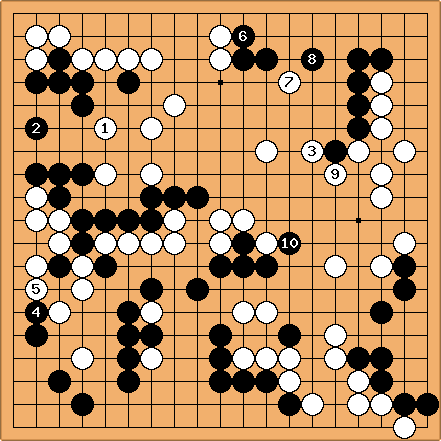 HolIgor: It is difficult to estimate the value of

. But it is much more than simple monkey jump. The move has a potential in the centre as well.

were miai as I understand. Black cannot let white to get territory in this region. 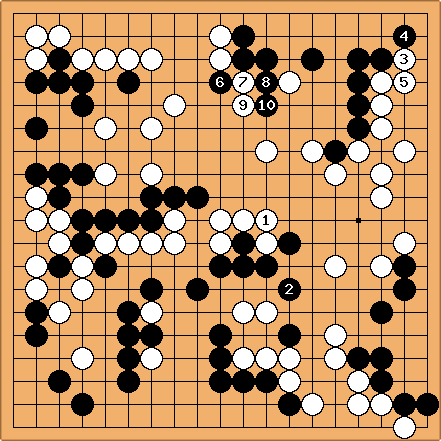 HolIgor: It is time to count the values of the moves and see if the masters played a good yose. 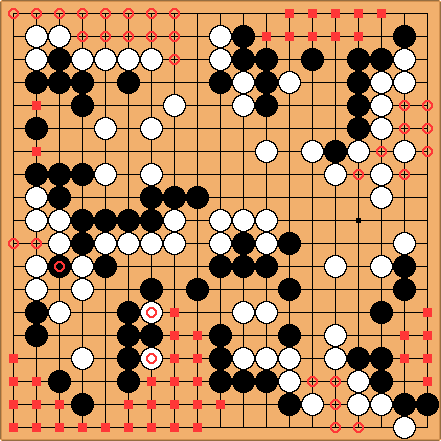 Interestingly, the territory I counted for white shrinked. It is white's turn now compared to the black's turn before, Yet it seems that white is far behind.