HolIgor: I remember once hearing on TV a praise to Eric Cantona. Somebody (was it sir Alex?) said that Eric had a particular ability to put everything in order before striking. I can imagine. Positions of the goalkeeper and the defenders and where they are moving, the possible trajectory of the ball, the timing of the strike, possibility to improve own position, where to strike. When I played football I saw red before the goal. A big ball and nothing else. SHOOT! Missed.

Strangely, I feel often like that when playing go. The big shining opponent's stones. A threat! I am gonna die! We are born to suffer. 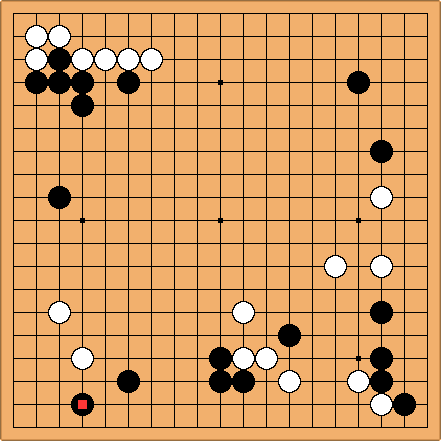 White has to react to black's marked stone, izzit?

This is a good time to ponder what the reaction should be.

Meanwhile, there is something there are several forcing moves that white can do while thinking. Actually, this part of the game is the demonstration of the technique of bugging the opponent's weak groups. White solidifies while giving black almost nothing.

But let us talk about the left side first. Which of the following is preferrable? 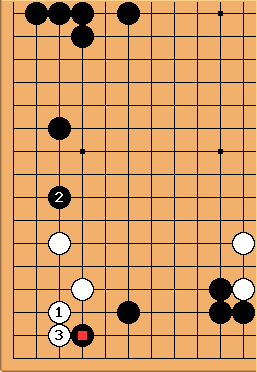 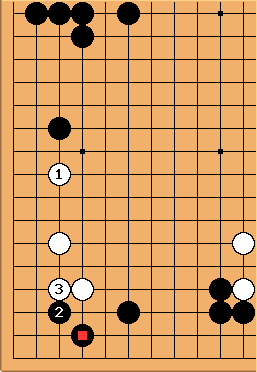 HolIgor: After some thought I've decided that I like the second variation best, especially because I know that Yu Ch'ang-hyeok chose

in the second variation is most often played when it threatens the Black stone(s) above it. Here is a typical example played at almost the same time in the 5th LG Cup 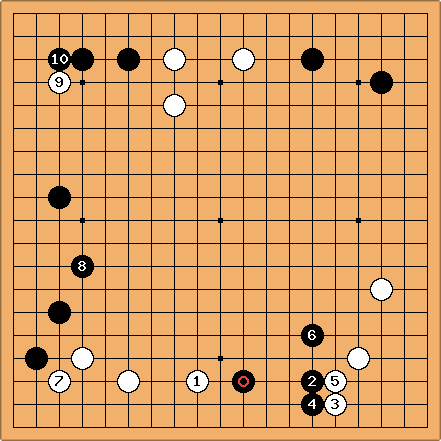 The position is similar to the game we are studying. Here White chooses to play

immediately. This is perhaps due to the weakness of Black's stone on the bottom. The marked stone is strongly attacked by

so Black answers with

. This is a common choice by White when sente is retained after playing

against weak stones. Black is thinner on the left side here than in our game so he replies with

, leaving White to invade the corner with

, the same point as in our game. 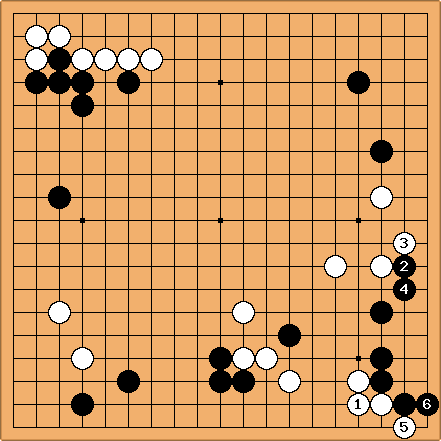 HolIgor: There are some forcing moves left behind and white uses the opportunity.

): HolIgor: Seems too rash. What if white eats the stone?

): HolIgor: Why so defensive? I don't know yet. It seems that white definitely wants to keep sente in this sequence. 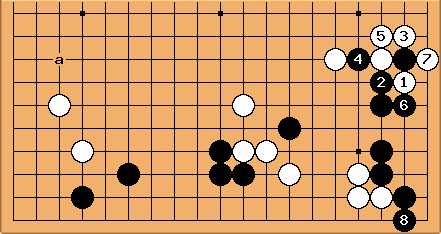 Or is there something deeper?

Dave I think the question here is whether Black will play

or turn to a on the left side. White has to start with

in order to start anything but I do not see Black being afraid of dying.

HolIgor: If black lives without

and at the same time does not allow white to get much while attacking, then the problem is solved. White blocked from outside because of the sente. 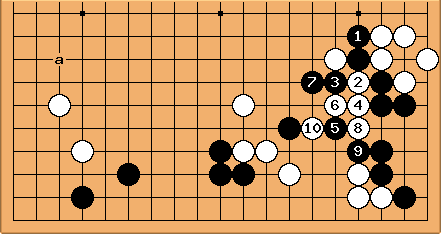 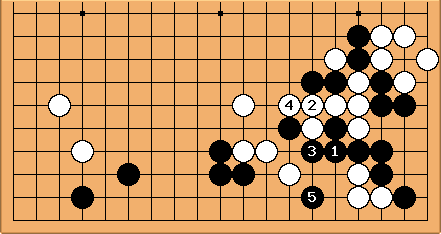 Dieter: Black takes the corner but the expense may be big in the centre.

Dave Since White is alive on the right, it may not be necessary to struggle so hard here... 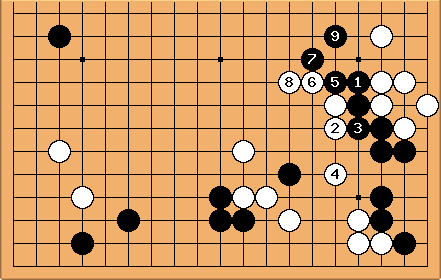 but in fact White gets all the territory here. I'll have a better look at the L&D of the Black group. 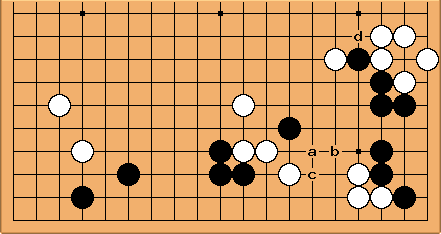 unkx80: I would be thinking along the lines of using the aji at a, b or even c, which may enable Black at d. 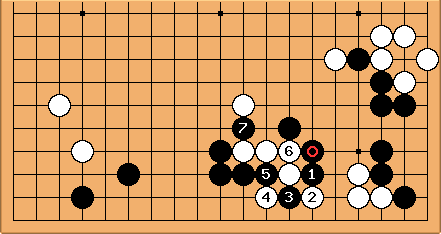 , there is a follow-up as in this diagram.

However, I do not have the complete picture yet, so more investigation is needed.

Rich: If White tries to swallow, surely Black heads out the other way... 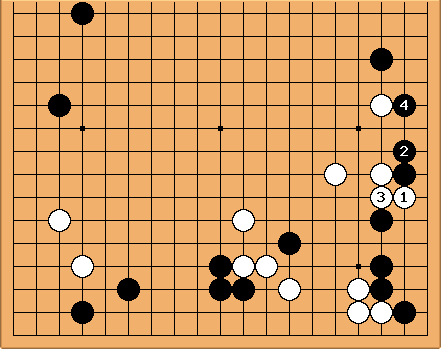 ... and from here one way or another, black cuts him in half, seals him in or steals his base. At least, I can't see much for white compared to the game.

HolIgor: This variation did not even occur to me. It violates one of the main principles: do not harm existing stones. Yet, pros could do such moves based on precise reading.

The black group in the corner will find it very difficult to survive. 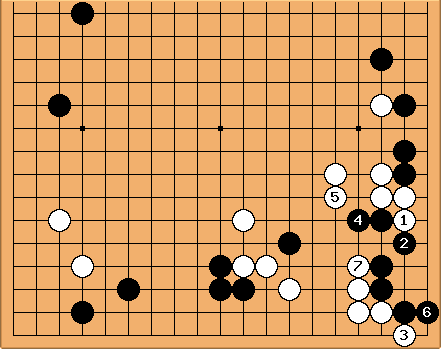 Black has very tough time in the corner, while white becomes strong outside. Even if black lives white will use the grown strength to attack black stones on the top. White is much better. Black's fight is unreasonable.