Kihon Joseki Jiten (基本定石事典) is the two-volume work by Ishida Yoshio in the Nihon Ki-in dictionary series. There are several editions:

Also the lozenges for the marking of Jôseki (2) and approximately balanced sequences (1) remained.

There are no examples from real games any more. Anyone interested in the application of the sequences shown, must consult the likewise new Kihon Fuseki Jiten (2008 edition).

For example, included now are 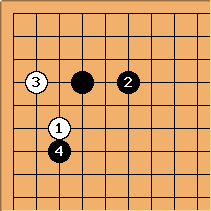 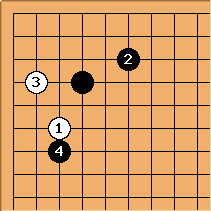 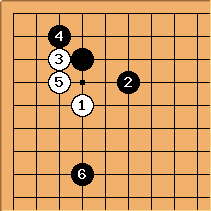 Dave: I heard (July 2006) from Takahashi Hideo 7p, one of Ishida Yoshio's students, that work has just started on a 3rd edition. Right now they are thinking about what, if any, basic changes to make in the subject matter in order to make it more interesting for readers.