A keima move toward the edge from a two (or more) stone pillar, undercutting some stones, as in the diagram:

Regarded as a standard move after a shoulder hit.

Kitani Minoru is famous for not liking to play the keima slide. In the first game of the Kamakura Jubango between Kitani and Go Seigen the first 10 moves were as in the diagram:Go Seigen(W) vs. Kitani(B)

I think you'll find he said he didn't like knight's moves, which is rather different. JF 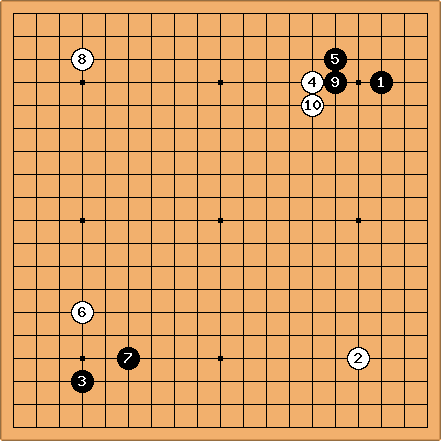 Moves 11 through 13 were as in the next diagram: 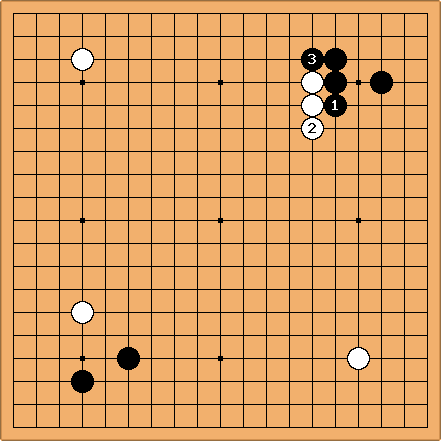 The standard joseki has Black playing the keima slide instead of

in the previous diagram, as in

Kitani remarked that Honinbo Shusai would not approve of his choice but, for no particular reason, he liked it.