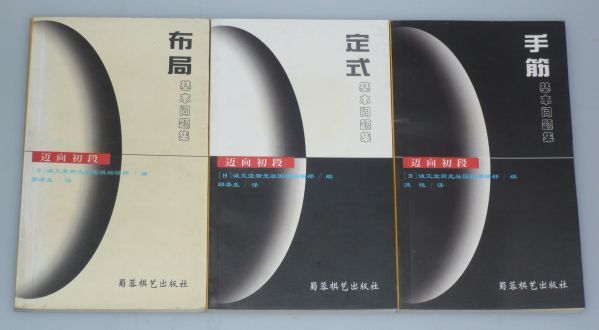 Heading for Shodan -- Fundamental Problem Collection 迈向初段 基本问题集 a set of Chinese language Go books consisting of three volumes. One volume dedicated to each of three subjects: joseki, fuseki, and tesuji. The set was originally published in Japan and translated into Chinese.

These books can be found occasionally on eBay being offered by

In place of 大场的抢所, my copy has 大场的抢占....different printing? In the back mine seems to indicate March 2001 (twice) but I didn't look up the characters. And to top it off, I can't find 场 in my dictionary ;(

unkx80: A lot of information can often be found by Googling the Chinese titles, although the search results are in Chinese too.