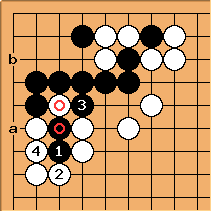 jms: I think we can safely ignore the

, it is gote for black (and a mistake, as the move is uneccesary).

Instead, if black plays

is still fine. Could B play at b to threaten an eye? 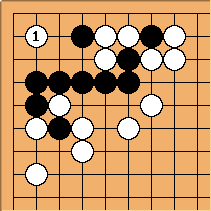 jms: There are many possible continuations - but I think B has no eyespace after 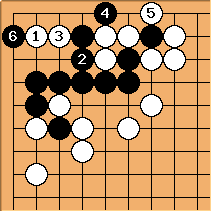 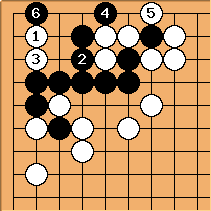 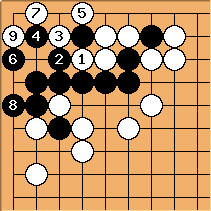 Dieter This attempt is obviously related to the carpenter's square. 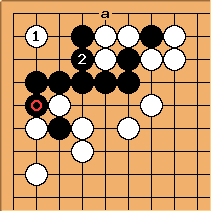 The difference is that White can make an extra move now, while Black has a free hane at a and a leg at

. Also note that Black has outside liberties which is a theme in the carpenter's square. 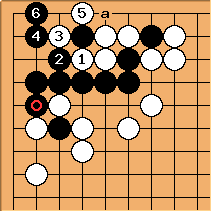 A systematic approach starts from here: an attempt to reduce the eyespace first. Black lives. 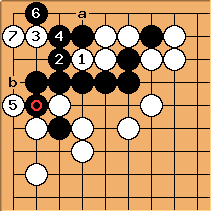 This variant, playing Black's best answer before he can do so, leads to something similar to a L+2-group which is a much easier shape than the carpenter's square. a and b are miai. 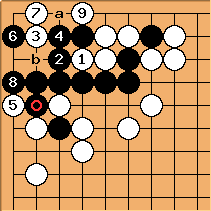 The 1-2 points are miai too. White can now connect on the first line, or create a dead nakade thanks to the special properties of the corner. 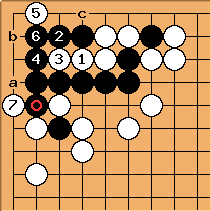 stretches, White kills with a placement

. If Black continues with a, then b produces a bent four in the corner shape. 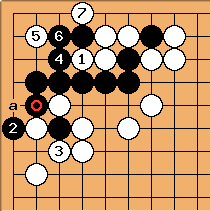 is Black's sente. Then after

, White has to play at