Note to guests: this is a 5-person game, and if you are not one of the five, please don't kibbitz. If you want to follow the excitement, it's

topazg I propose leaving the following at the top of the page to keep things concise and flowing:

daniel the smith: I meant if there's an a on the diagram, don't take it off because some comment probably refers to it. But yes. 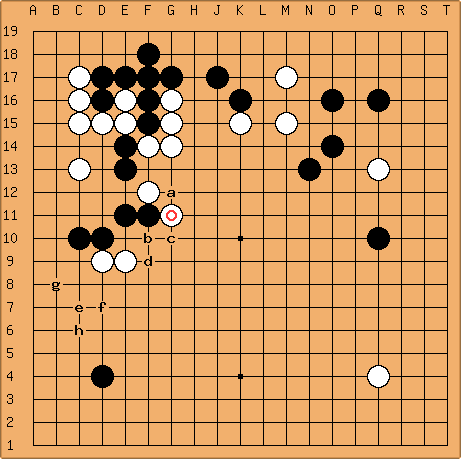 JoazBanbeck I showed every reasonable reply that I can think of. My favorite is 'e'.

daniel the smith I think: a is out (white answers at c). I don't like e or f, because we might want to play g later for an emergency eye on the side. I'd prefer g to e or f, but I think most important is to keep white from getting a center dominating ponnuki/wall/et cetera, if at all possible. I think I prefer b directly. I added some diagrams.

Dusk Eagle It's hard for me to know whether e or f are good moves or not. I can see their merits, but I have a fear Magicwand will somehow capture our group if we play them. Right now, I'm thinking 0.5 for e, 0.5 for b.

BTW, move 'h' is yet another possibility. See diagram 42.H.1 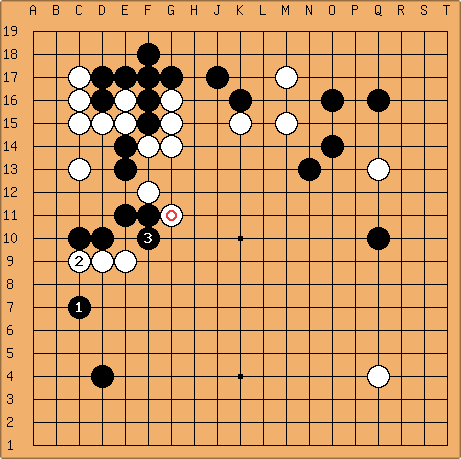 JoazBanbeckWe are going to have to fight our way out - probably with 'b' ( 3 in this diagram ). Let's make him heavy first. Then we can attack him while running. 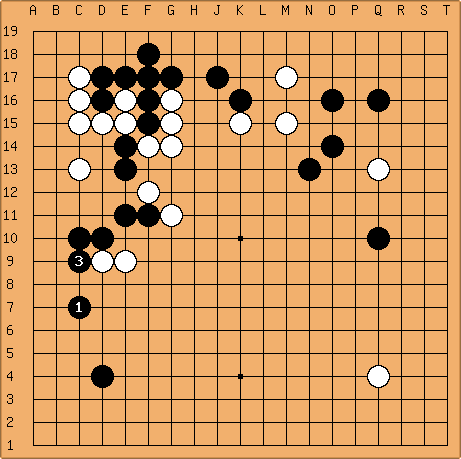 JoazBanbeckPut :w2: where you wish. Black lives. ( And makes territory. ) 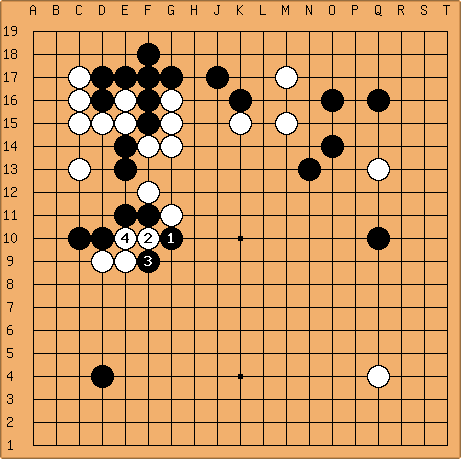 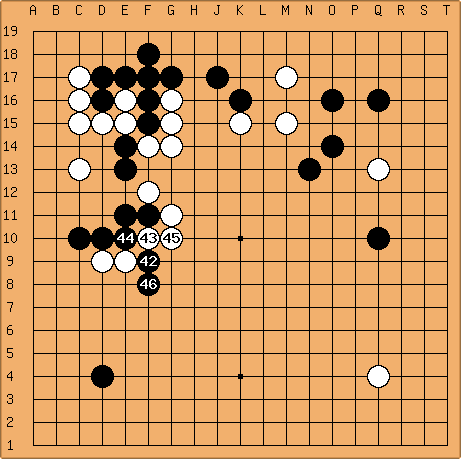 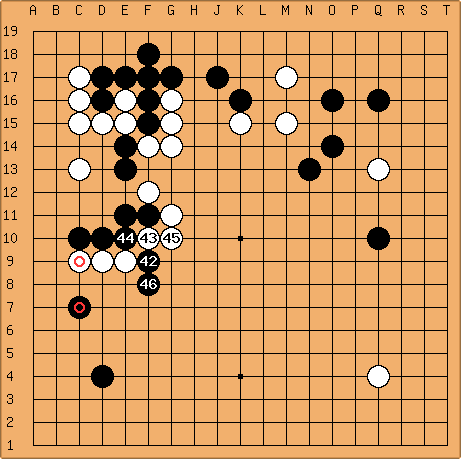 JoazBanbeck What does 'd' look like if the marked stones have been exchanged first?

daniel the smith I think white just descends to B 9 and then we're screwed.

JoazBanbeck I think you're right. Ok, that puts 'd' out of the running, IMHO. 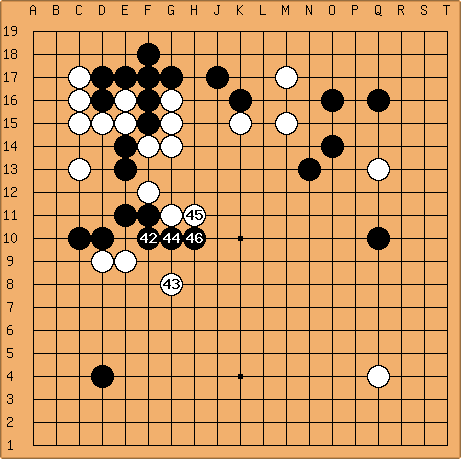 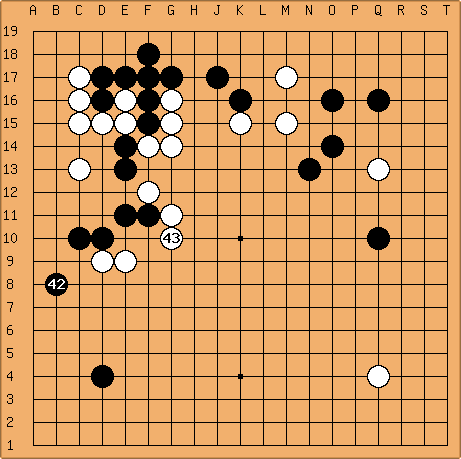 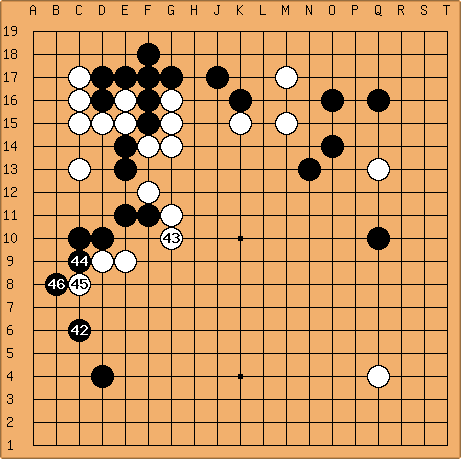 Joaz Banbeck Guys, I'd like to clarify the voting process. I thought that everyone had 24 hours to get an opinion in. But the last three moves have apparently been made with only 4 people, and if my clock is correct, they have been made in less than 24 hours.

daniel the smith Agree, there should be 24 hours for everyone to check in.

topazg I apologise, I clearly made a bad judgement. I assumed with 4/5 people agreeing with the same move it would happen regardless. I'd forgotten we had a hard min-24-hour rule, and it does make a lot of sense :)