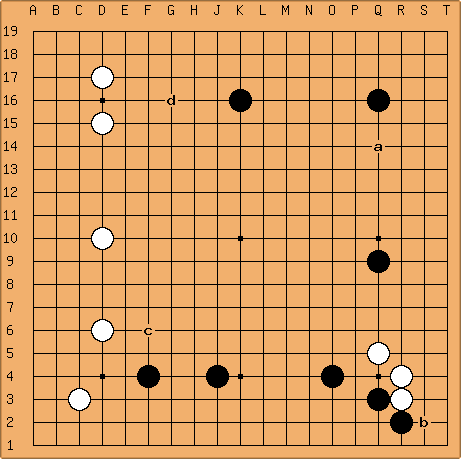 Jasonred I'm not even going to pretend I know the answer to this, just gonna present my views...

Black already seems reasonably strong in upper right corner: I don't think a is necessary yet...

At b looks reasonable, since the whole point of the Chinese Fuseki is to deal with your opponent when he invades your moyo? '' However my favourite here has to be c, for some reason. I think that I can give up some territory in the bottom right, for extra influence towards the center of the board. By building upwards after c, I think I can steal enough territory to decide the match, which makes up for letting White build a base in the bottom right. Also, assuming I somehow mess up and let White's bottom right base get out of control, I would hope that my extra strength at c would be enough to let me save the bottom middle group, maybe connect it to the top?

Following the "corners then middle then center" theory though, d seems a reasonable choice, since it takes more of the top, and also controls more of the middle.

In short, I don't know the answer. At all. Bleh! But please correct me where I analysed wrongly!

Dieter: I think c is the second best point. I can't prove with 100% certainty that b is better but here is my reasoning. 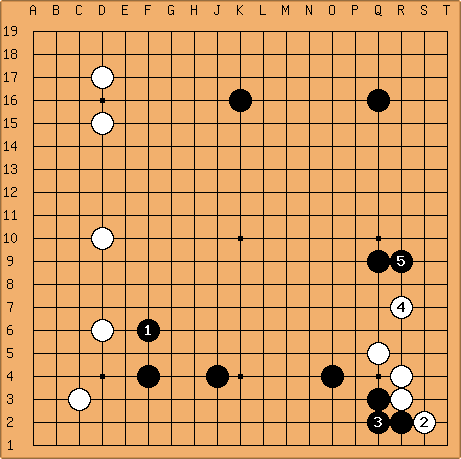 White can settle her group while taking territory or ... 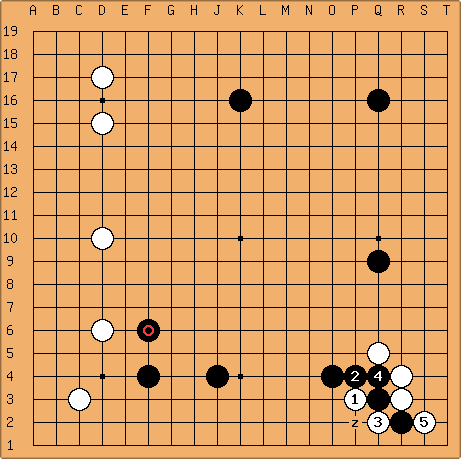 at z needs to be considered, imho. 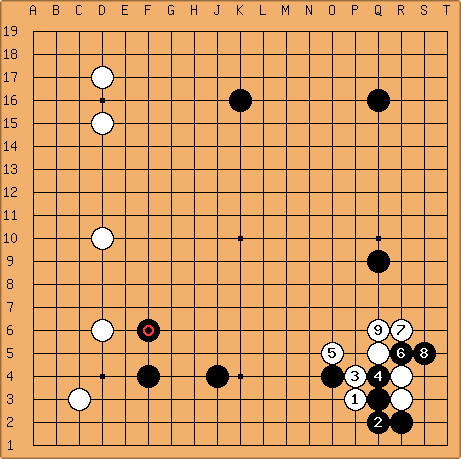 ... White breaks up his position and the marked black stone is not very effective. 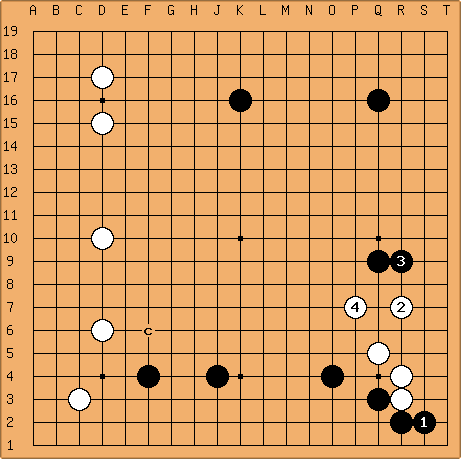 Instead, Black can make territory while attacking, a very desirable thing for any player. While White makes shape for her group, the big point at c still stays available.

unkx80: Just to add to what Dieter mentioned, I would say that it is important not to let the lower right white group settle. If that group makes a base and settles down, White will find it easier to invade Black's framework on the lower side and the right side without worrying about the life and death of the group on the lower right.

Jasonred: Excellent! You're right, deal with the invasion, which is almost in the center of your territory, before going off and trying to get more. Can someone also analyse a and d? Or just d, if my suspicions are correct and a is a silly move and not really worth considering...

R49 d looks rather small to me at this point. All you get is a two-space extension, so maybe 6-10 points. a, I think, is actually not bad, because it solidifies the double wing considerably (white should be quite tempted to invade the double wing).

Bill: To back up Dieter and Unkx80, this is a good example of the proverb Urgent Points before Big Points. 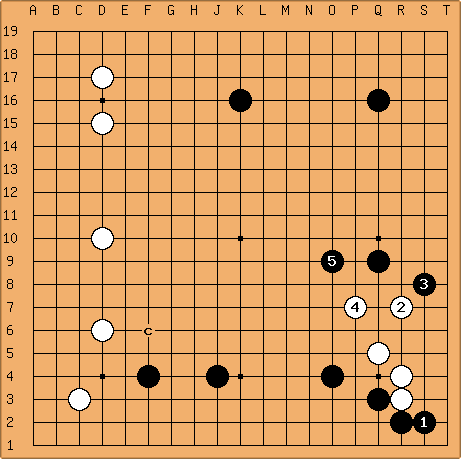 be better for black? The white group seems even less stable...

gives white more aji, and does not attack the group much more. White can only get one eye either way, but this way he has much more aji than with the iron pillar.

here is too focused on attacking and doesn't consider Black's shape. The iron pillar offers more strength to the upper right, while still forcing

siowy(9 kyu): I thought d was best. I don't think c is sente. If white gets a stone around d, it strengthens the left side moyo a lot in my opinion. 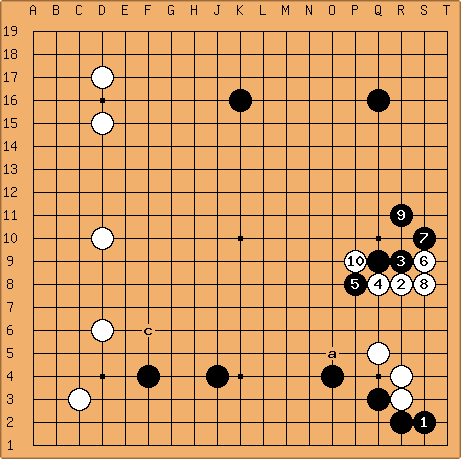 LZ supports the general idea of make territory while attacking with

. SHe puts up this resistance by White. Later, White will lean at a to set up capturing

and the fight becomes more complicated. 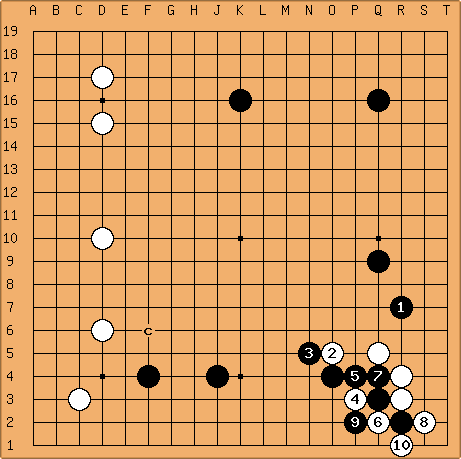 LZ slightly prefers the keima of

here which also makes territory while attacking, leading to an exchange.

Move on to: Fuseki Exercise 5