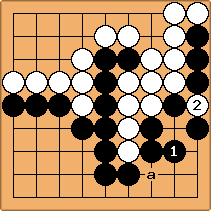 is necessary, eventually. It can also be at a, or any other move that protects against the cut. 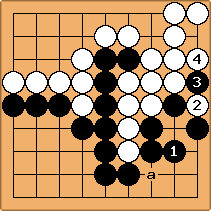 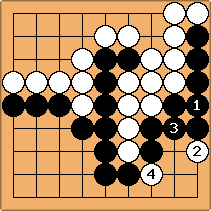 For Black to connect at

leads to a hideous loss, because of a shortage of liberties. 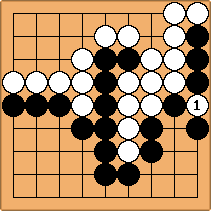 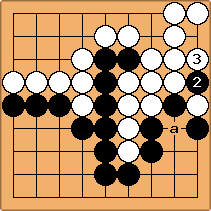 he cannot connect at

. If he connects at a instead: 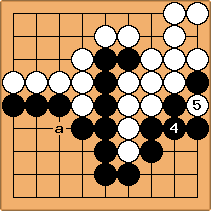 White takes the ko and has more threats, starting with the cut at a. So White connects the ko and Black wins by 6 points. Black has lost a point. 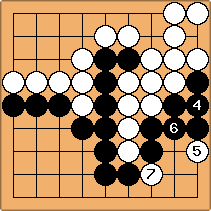 here is the same as connecting at

in the initial diagram. White could play

, capturing the four black stones. If Black responds with 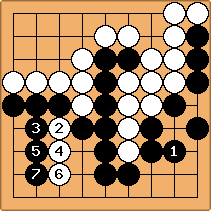 here doesn't work. White can't get more liberties than either of the black groups.