Doublehane on the first line

RobAnybody: I was left with the impression that a double hane is not a strong move, maybe because I've mainly seen it going wrong when played on the first line: 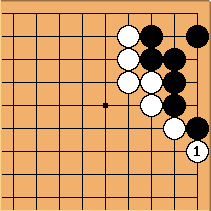 HolIgor: Double hane is usually used to get ahead. More often on the third or fourth line. It is a strong move but requires a little bit of reading. There is a cutting point, so there is some danger. 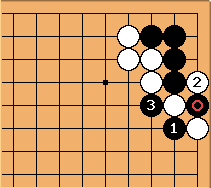 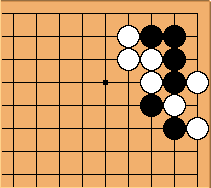 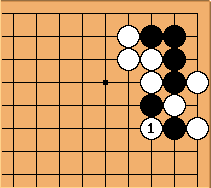 KarlKnechtel: I am slightly ashamed to admit that in my earliest attempts at go, GnuGo would catch me with this fairly often - and the ko didn't even occur to me - bye bye four stones.