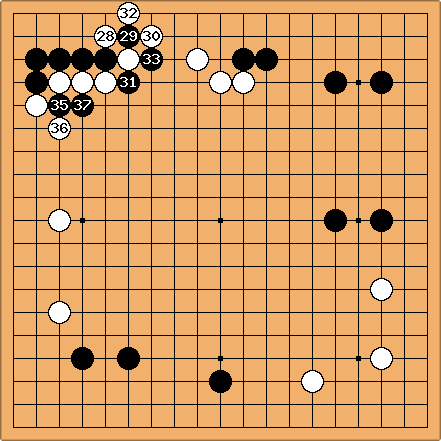 is a surprise move. Otake has noticed a ladder 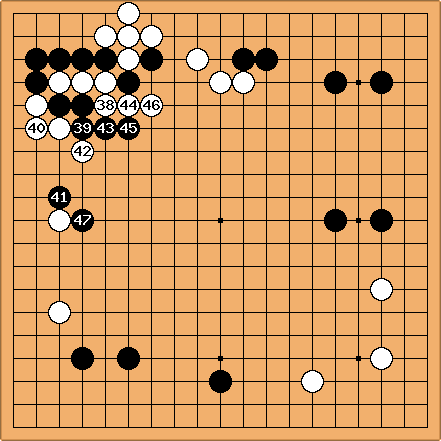 Black leans against Otake's left side to gain strength for the fight, but Otake treats these stones lightly and goes for a big capture. 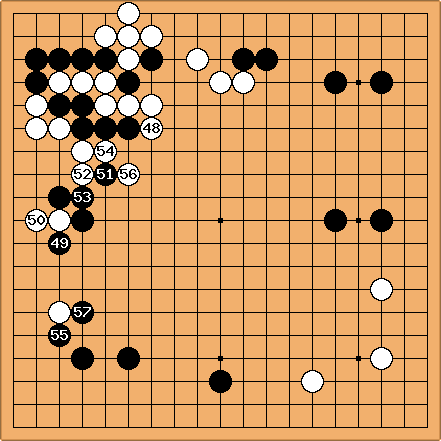 I did not get

and I still don't. Why spend two moves if you can do it directly? I think it should be at 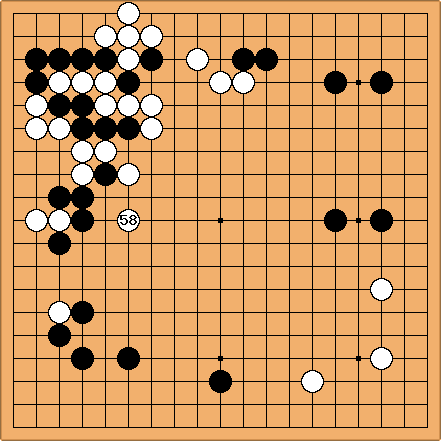 is a typical Otake move. It looks like playing close to thickness, but it actually is more like playing on the border of two moyos. The corner capture is gigantic, but with the top right moyo, one cannot say White is ahead by that great a margin. 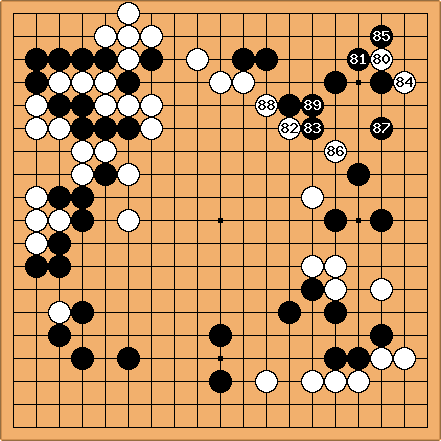 We're a bit later in the game. Black's reduction of the lower right has resulted in secure territory and two somewhat running groups. But it is White's influence that prevails in these tactics. Black cannot fight in the centre.

is a typical probe preparing for sabaki.

and 88 increase the sphere of influence, and Black even needs to come back to defend at 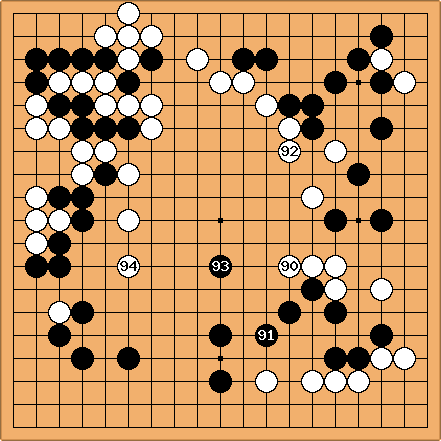 The central moyo is completed with

is yet another calm response by Otake, applying mutual damage. After having trimmed down the upper right with his sabaki techniques, he seems confident in victory.