Mirror go played by White can be countered by Black playing on the tengen, although this is not necessarily the best way. Below are several examples of countering mirror go. The result is often absurd, but if the player who is mimicking aborts halfway, the other player would have succeeded in stopping the mirror go.

The more challenging task is to do so without giving your opponent any opportunity to take advantage of your mirror defense attempt (by suddenly responding with a better move than yours).

1. Shortage of liberties due to tengen

The opponent stone at tengen can be used to create shortage of liberties.

What's the best continuation if

If no opponent stone at tengen is available to create shortage of liberties, then setting up two ladders is another technique. 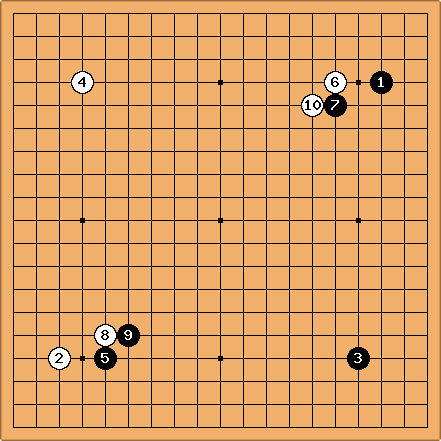 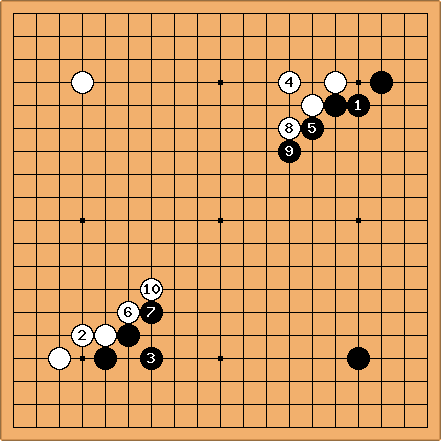 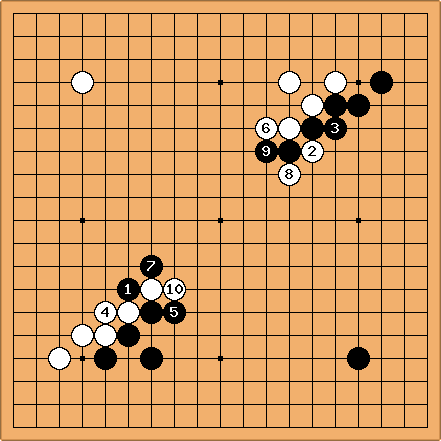 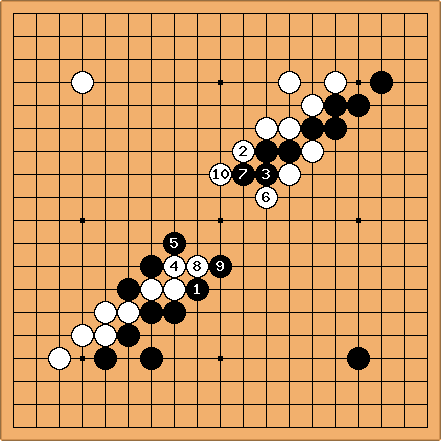 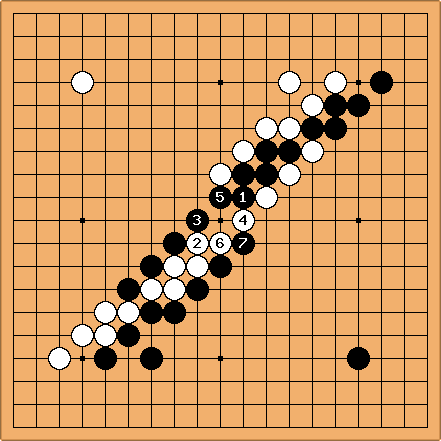 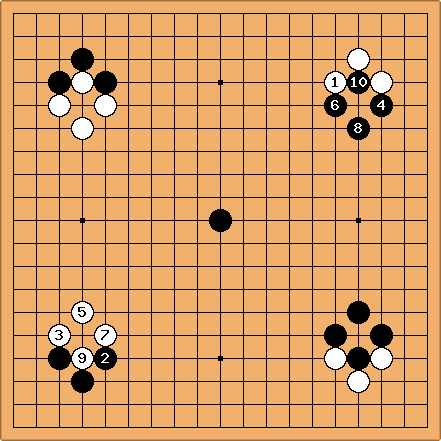 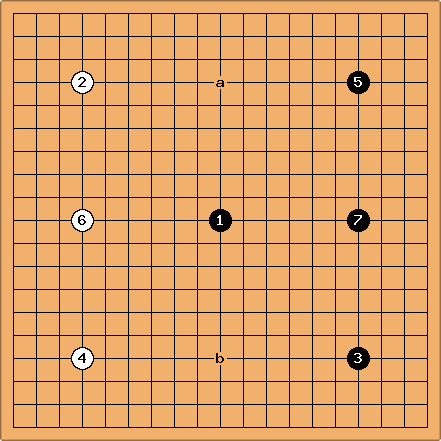 Not everything that looks like it, is actually mirror go. In a database search, there are nine pro games with this exact position. White won eight out of nine, and seven of those were without komi. Since 1985, the pros seem to have decided that this is not a viable strategy for black. (If you delete

from the board and look at it as black to play, it's quite a common position--and people don't often play tengen here.) 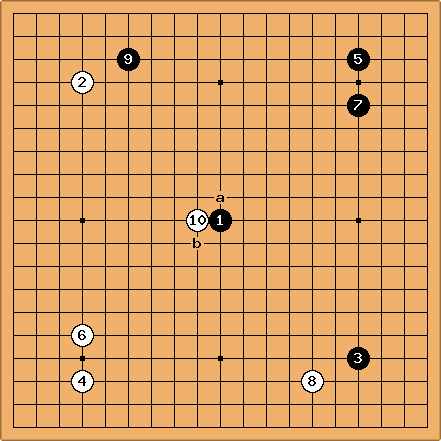 It would be a mistake is to play an irrational move in an attempt to capture black in a cheap trick. In Example 2, white notices black's mirror go when black plays

in an attempt to begin a capturing race in which

is a burden to black. However, when black breaks mirror go by extending to a. Ladder strategies may share of the same bad taste.

One may still feel this is playable for White. 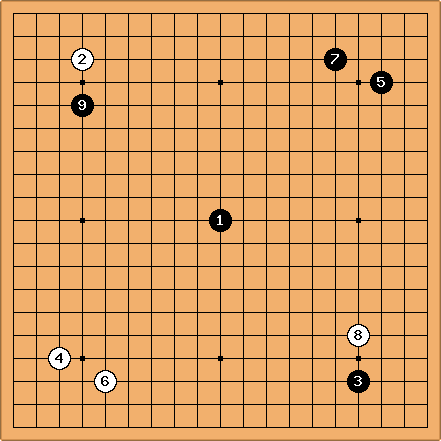 is a natural move,

feel like a light refutation of ippoji. Black has played a territorial game that is inconsistent with his first move and has lost most of its advantage.

xela: What if white plays

and then black decides not to play mirror go? Many people would prefer to have 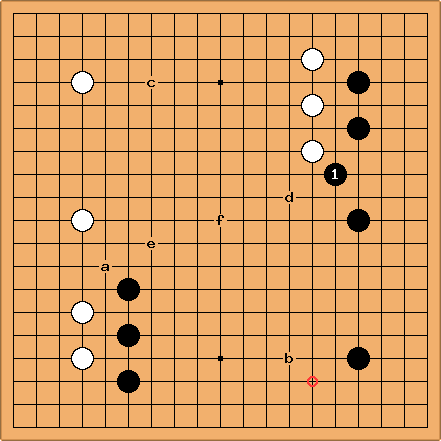 , which would be considered soft shape, thinking that if the moves white a through black f followed the position would result with the black stone on the tengen would be developing Black's moyo while erasing White's moyo, as shown in the following diagram, so Kato would break off mirror play. In the game, Kato immediately broke off mirror play by playing at the circled point approaching the lower right corner. 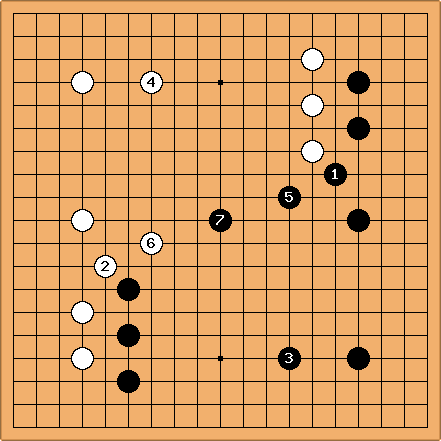 [1] The Countering (1) example appears in Akira's game against Okamura in Hikaru no Go chapters 14-15.

[2] Robert Jasiek: For a strategy invented by me during the late 90s, I am impressed that it is already called "standard". Actually, the strategy also involves creation of kos of different values and winning the bigger ko.

@Robert: When did you start playig Go? You state yourself: "Started seriously in May 1991." As this strategy was applied long before, I would doubt it be you invention. Just one example occured in 1974 (see GoGoD for this case).