Capture the cutting stones in joseki 1

The Go proverb is "Capture the cutting stones". 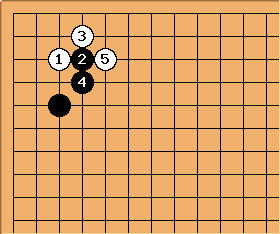 Some players may be familiar with this 3-5 point joseki. Black will sooner or later decide whether to take the corner territory or outside influence. 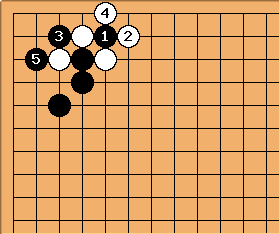 It is really Black's decision and not White's, because White must capture the cutting stone in order not to get an inferior result. 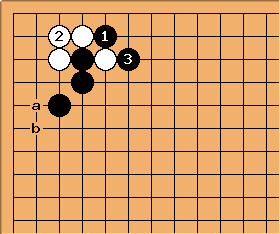 If White resists, Black captures a stone in a ladder. White will be forced to live very small in the corner and Black gets magnificent outward thickness. This is not an even exchange.

Jonahx: This is a place where reading out the ladder is helpful (as it usually is) Becuase the ladder would have to cross a large part of the board, there very well may be a ladder breaking stone somewhere, especially if this is later in the game, in which case

may not be such a bad move.

togo: The problem is that White now has to invest another stone to get life. Compare to the situation when

is on the other side - then even smaller life would be sufficient. 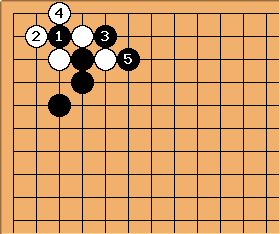 Black can get the outside influence by cutting at the other side, forcing White to capture the cutting stone. The big difference with the previous diagram is that White lives already by the ponnuki. You could say White has sente. This is a fair exchange. 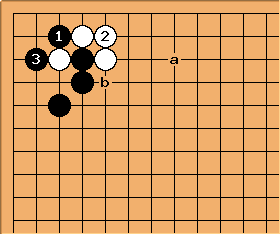 Again, White gets a cramped shape by resisting, and will have to defend at a or spoil the aji in the position, by playing b. Compare this to the ponnuki White makes in the "corner territory" diagram.

togo: Again the real problem is that white now has to invest another stone. If the whole exchange (including an extension) would be gote for black, all would be fine.

There is more discussion on the second page.