I review a lot of games for players below about 5k EGF, and it struck me today that, practically speaking, there are six different types of move.

1. The good move. Not necessarily the best move in the position, but typically a good shape in an important part of the board, leaving minimal weakness, and can't really be criticised. 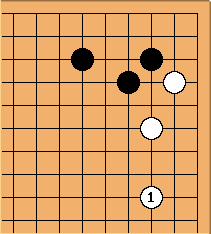 2. The interesting move. A move which the reviewer finds difficult to evaluate, often due to a complex related position such as a semeai or ko, an unclear possibility to live within a moyo, or so on. This diagram perhaps doesn't convey it well. 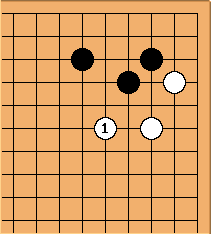 3. The overplay. Tries to achieve more than the player is entitled to, either knowingly or unknowingly, and if responded to properly will instead incur a loss. 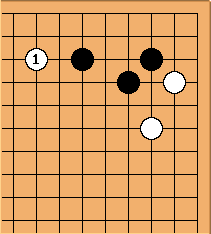 4. The slow move. The opposite of the overplay, the slow move seeks to fix weaknesses that don't exist, or to defend a group that is already alive. 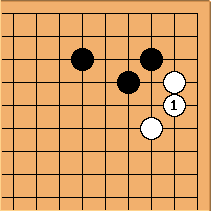 5. The small move. Easy to confuse with the slow move, the small move is overly focused on an unimportant local area and is often gote. These moves, like overplays, can be considered "greedy" but they really show different flaws. 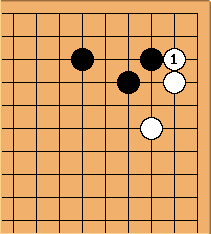 6. The bad shape. A bad shape move can leave important cuts undefended, or create damezumari issues in the player's own stones, allow unnecessary forcing moves etc. Bad shapes are often small moves or overplays, but sometimes should be considered as their own category. 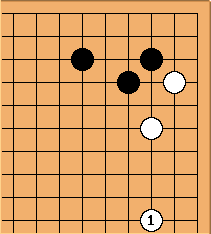