The second in the series, again, chosen at random from my games on KGS. Black to play. Please match the moves a through g with the functions given below: 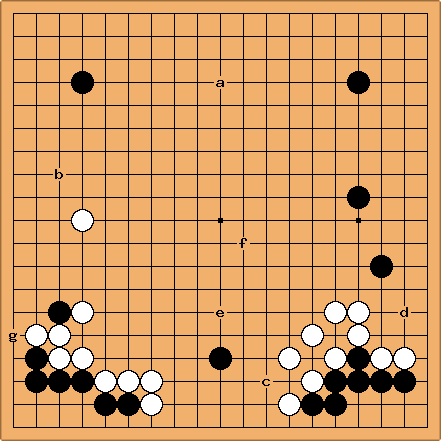 1) Attempt to run out to the center with a weak stone.

3) Enclose potential territory, create an open skirt for the opponent.

Bonus: Which of these moves are/aren't worth thinking about at this point? (Even I wouldn't be confident to say which is actually the best - in fact, the best is probably none of the above)