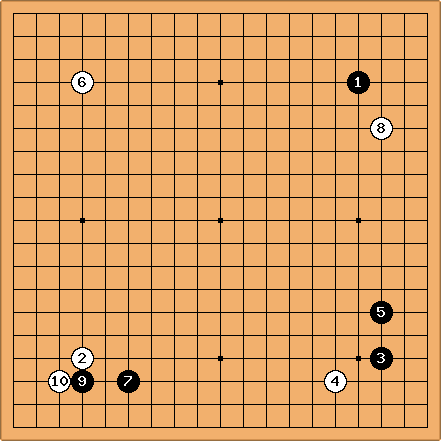 Andre Engels: Not a dan player's sequence certainly (both

would be called 'unusual' at least), but I still want to say "Good". 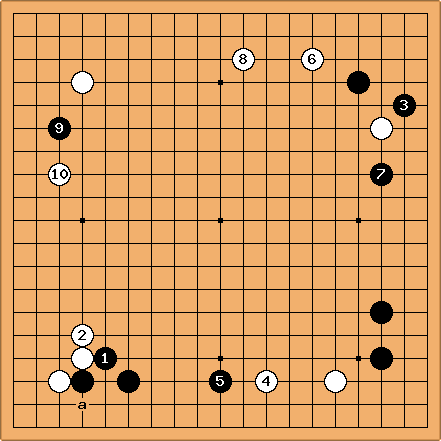 12: Andre Engels: White should definitely have played atari at a before extending with

, a has become slightly less urgent, but still certainly big enough to be played by either player.

13: Andre Engels: Interesting idea, and not bad either.

15: Andre Engels: Black should probably play a first (as should White, any moment now).

17: Andre Engels: Modest. Spending too many moves to not-even-yet capture a stone. 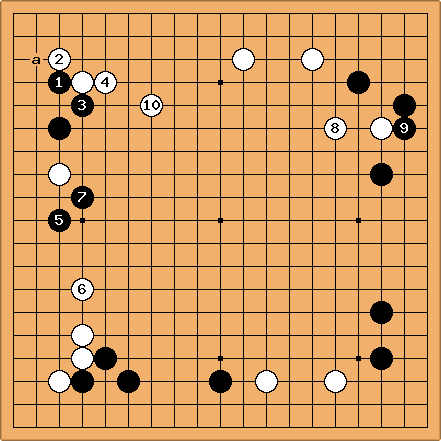 21: Andre Engels: The usual answer to

in the previous diagram is at

24, 25: Andre Engels: See the comments in the lower left corner.

29: Andre Engels: This is a success for White - Black has now played two moves on the second line here. 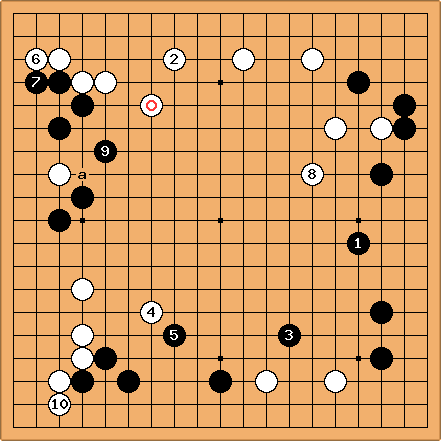 32: Andre Engels: Inconsistent. Best would have been to play

in the previous diagram here, but since White has played where she did play, it is bad now.

(the marked stone) is now in a bad position.

36, 40: Andre Engels: These positions indeed needed playing out. However, the correct move for White is atari rather than descent in this position.

39: Andre Engels: Defending here is not a bad idea (probably not really necessary, but a good moment to think 'better safe than sorry'), but the correct shape would be Black a.

What can you say about the game at this stage?

Where are the crucial points?

Andre Engels: Black should probably start attacking the two white stones in the lower right. Another important question is how much territory White can make from her upper center framework.