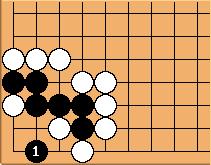 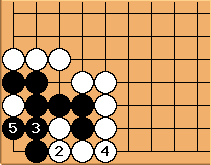 This sequence is the best result for both players, and hence regarded as the main line. 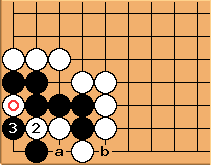 captures and White only loses stones due to connect-and-die. Note that the capture of

gains Black a liberty, so after

Black is not under atari. 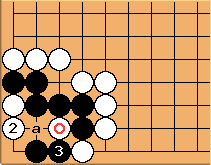 plays at the other 1-2 point, then

cuts and captures everything. Even when White connects at a, then Black is still alive with the bent four living eye space.

at a is also possible, capturing marked stone in ConnectAndDie. Uberdude: True it is alive, but it has fewer points than the correct answer in which black could next capture the white stone on the 1st line. 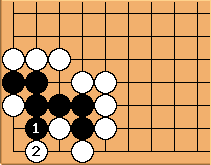 The main failure sequence is to atari at

, hoping White will connect and then we revert back to the solution main line. But no, with

Black can only live by winning the ko. 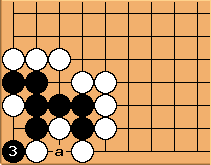 An interesting variation from the main failure sequence is this

and is worth discussing. It tries to combine two techniques: snapback and connect-and-die. Obviously White cannot connect at a... 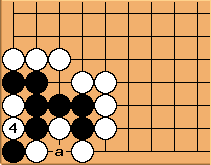 can choose to capture. Black can continue fighting the ko with a, or... 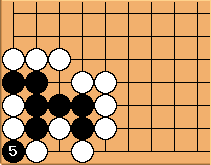 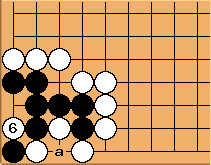 However, this is not a typical snapback, but rather a case of capture two, recapture one. After

the only way for Black to continue is to fight the ko at a.

While this variation sequence does not allow Black to avoid fighting a ko, however it does provide Black with two local ko-threats, namely, 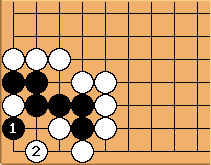 Another failure is to play at