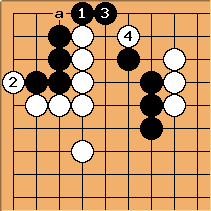 sjoelund (29-30k): Since the standard response for black at a is to invade at

, don't we do the same here? If black plays 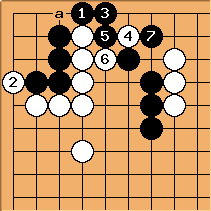 unkx80: Nice attempt there, but this is not solved.

allows Black to connect outside. 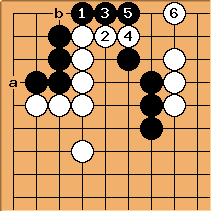 sjoelund: Hopefully this is the right sollution. It seems to work as it should. "a" and "b" are miai for black, but none work. ichundso?: Black shoudl ignore 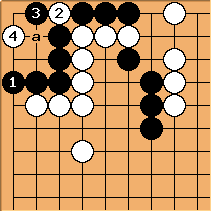 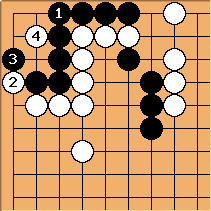 This is also the shape of a BulkyFive 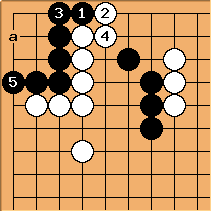 If we block at

and has a living formation.

Brent: Actually, White can still make a ko: see rectangular six in the corner. But of course playing

is still the way to go.

at a lives unconditionally. 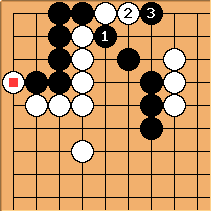 If we don't defend the cut in the other failure, black escapes. 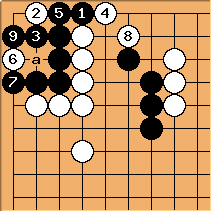 ichundso? This is the best result for white i can think about.

wont be good, because black wont play at

since he can get 2 eyes (no need to escape anymore as seen below). Note that 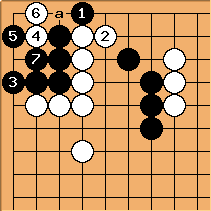 white cant push at a

unkx80: ichundso?, your reasoning is not quite right. Please see the /Solution page.