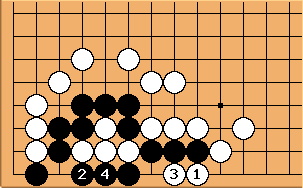 This is the most direct solution.

to capture the four white stones. 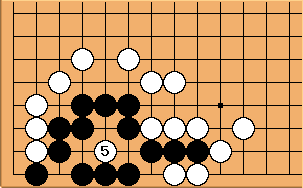 Although black wins the capturing race, the resultant eye shape is a farmer's hat, which is killed by 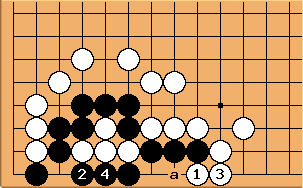 is yet another solution. After

, if black plays at a, black puts himself into self-atari. It is also possible to reverse the order of 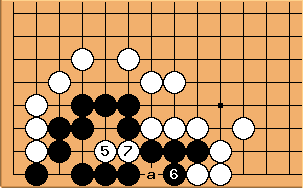 directly occupies the vital point. Even when

is an atari on four black stones including

. Now if black connects at a, then he dies in gote. 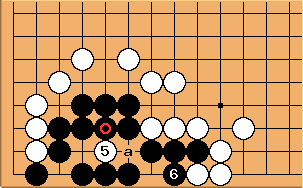 was a black stone, then in Solution 2, it is not possible for white to play 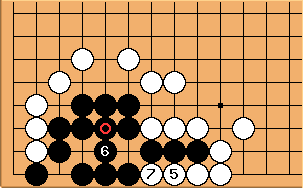 are now miai. In the end, whether

is a white stone or a black stone, we still have at least two solutions.

What I had wanted to illustrate in this problem is the technique in Solution 1, which is to force black to capture the white stones and thereby reducing his eye space into one of the killable eye shapes.