This is a game I lost this evening. I'm currently ranked 6k on KGS, while my opponent didn't have a stable rank. 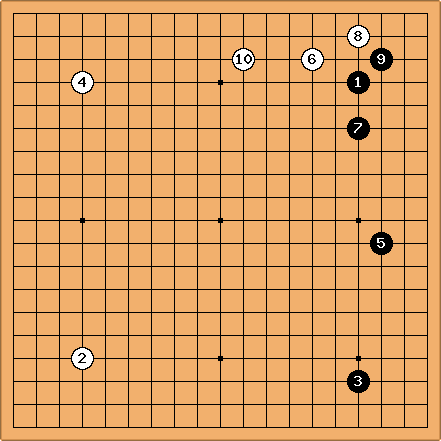 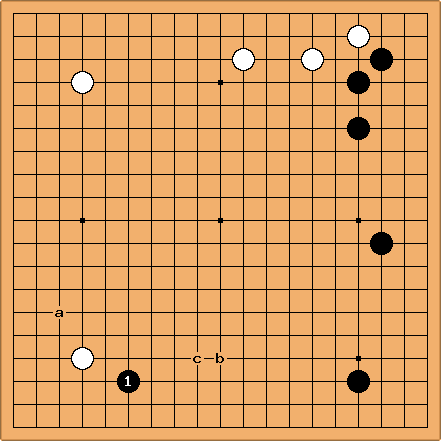 Nothing unusual so far. This pattern occurs often in professional, as well as amateur games. I have seen it quite often myself from Black's perspective. Not so often as White because I used to play the first white stone in an adjacent corner, not on the opposing diagonal. So at this moment I was hesitating and really thinking on my own what strategy to chose and what would be the best move.

If I played A, Black could play B and get the combination of the Chinese -and the Kobayashi-Fuseki, something I like to play myself as Black, so I wanted to prevent this. i also was worried about Black getting a nice framework, so a far pincer stone to support a later reduction might be fine.

I couldn't decide between B and C. I don't know the Josekis very well. I chose B... 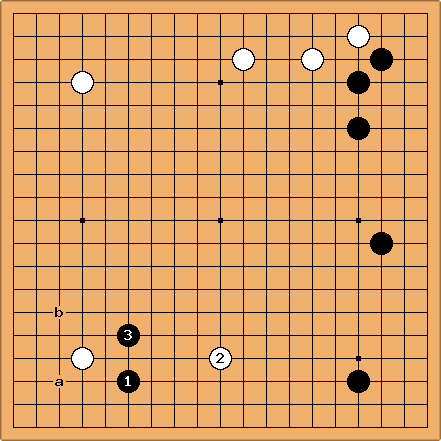 ...and my opponent jumped.

This jump I couldn't find in professional games. The pros either went for the invasion at A or the double-approach at B. Is the jump bad?

I will post the continuation of the game another day.

is still a good move, but after white responds with another one point jump, from the corner stone,