(Sebastian:) In Game 6 of The 1971 Honinbo Tournament, White (Rin Kaiho) starts the following sequence, which Michael Koulen in "Die Mitte Des Himmels?" describes as "This is how you squeeze the last out of an endgame position." However, I don't see why this works for White; why does Black instead of

not simply play at

right away? Wouldn't that have prevented White from crawling around the edge, and thus decided the game (which was won by 1/2 point by White)? 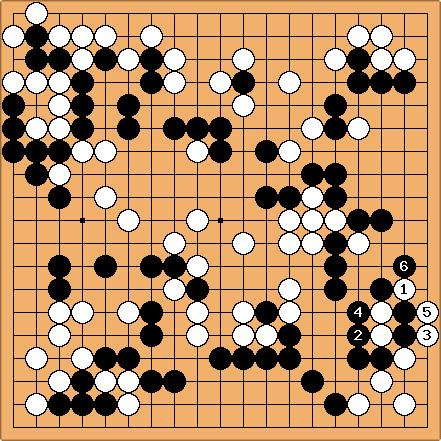 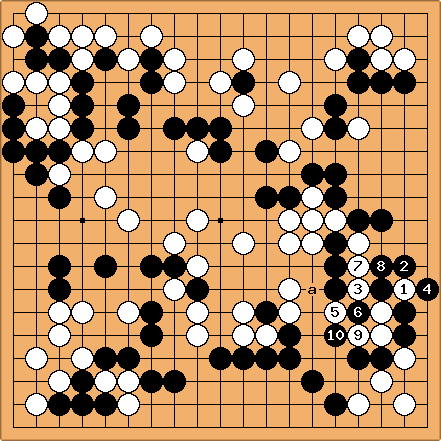 Dieter: White has some opportunities here. 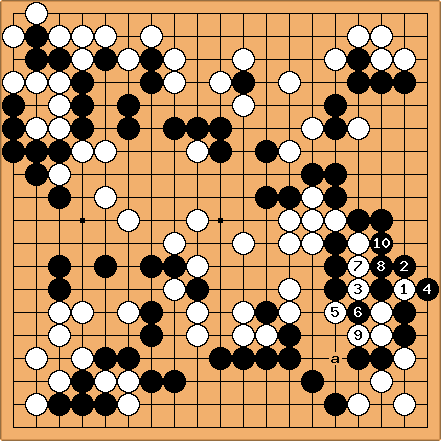 Whatever choice Black makes, White will capture some stones.

Dave: First, this is the last game of the match and Black, not White ends up winning by half a point!

Second, Black should not capture with 4 above but simply connect at 2 below. This reduces White's liberties and White can not survive after the throw in at 6. But then why did White go ahead and cut and why didn't Black capture the cutting stone? If White continues as shown below, is Black better off than in the game? Although White connected on the first line in the game, that made no territory for White. Meanwhile Black made more territory in the center than shown here. 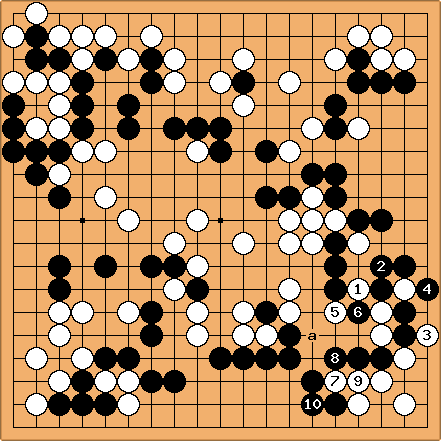 Right now in the game it does not look like White can rescue the stone that is in atari. The below sequence leaves White dead with a bent four in the corner. So White needs to play 9 at 10 which leaves the corner a seki, losing points. In the game Black chose to play at 10 instead of capturing the stone, when he returned to this area. White answered with "a" and Black was able to play 7 in sente. I assume that Ishida read that the game variation was best for Black. It seems like Rin was struggling to find a win while Ishida was playing safely. 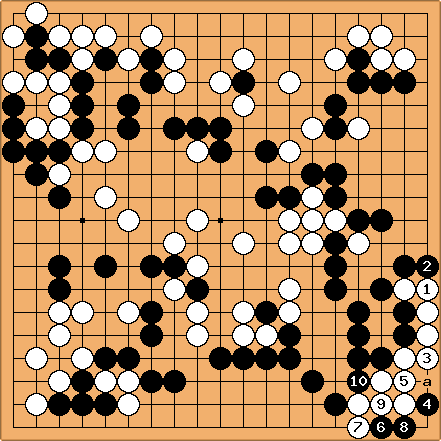 (Sebastian:) Thank you for your replies. I understand why Black didn't capture the cutting stone, but I still don't understand why White played move 142 in the first place.