How would you attack the marked invader? --BlueWyvern 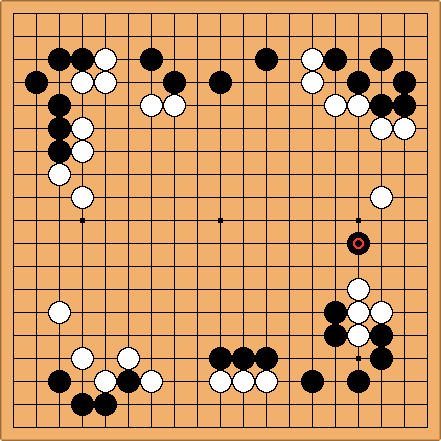 HolIgor: It seems that that marked stone was well placed. It is difficult to catch as White's groups on both sides are not very thick.

Here's what I did, although I feel like either my direction or technique is off. 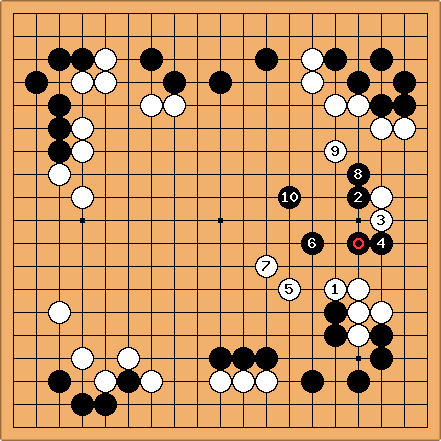 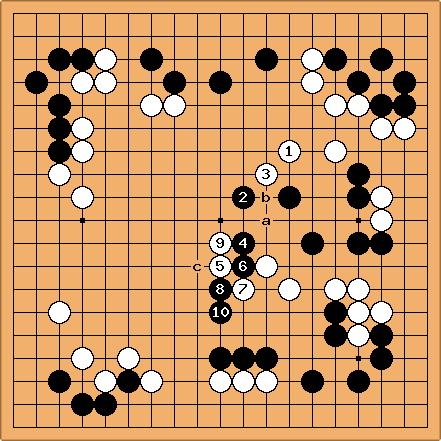 Things got hairy after this, although I did live everywhere. Should the peep sequence have been something like a, b, c?

HolIgor: I think 3 is the wrong direction here. After 1 White's upper group is rather stong. The general rule is to attack from the side of the weak group. If, instead of 3, White plays from the other side, a moyo starts to form little by little on the right. White will have good compensation. 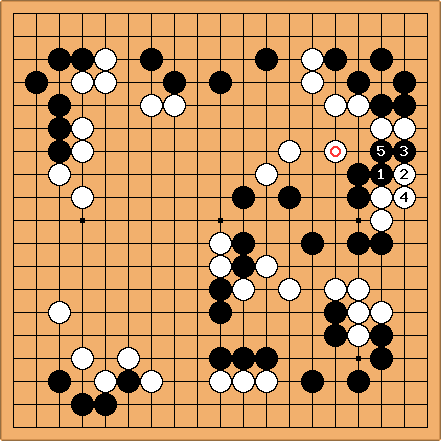 There is a useful sequence here for Black, suggesting that in this case the marked white stone fails to be good shape. 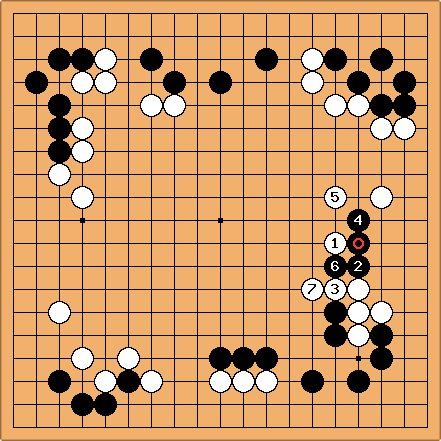 I don't know - White's not strong enough to make the invasion completely suicidal, but it seems in a better position than Black... why not just go for the direct pushing approach?

After 7 (assuming I somehow analysed correctly), I don't think Black can get an eye there, and in any case, White looks like she's going to get a pretty solid wall by the end of the exchange.