This is a two part life and death question from a game I had the other day. I'm Black, the translator of the HikaruNoGo anime is White. --BlueWyvern

The first question is here. This position ended up causing us both a bit of trouble. I played tenuki at this point after misreading the center group as alive. He read the center group as dead and thought I had given up on it, and wondered why I hadn't resigned. My question is, is this alive "in place" that is without starting a fight, and if not, could I have played a move to make it so? 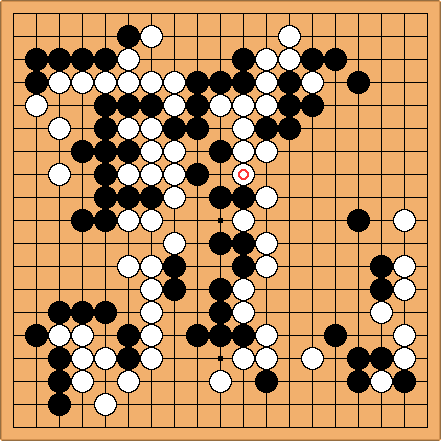 lavalyn: I believe Black is dead as he stands - mainly because White 2 is sente since you need the central eye. 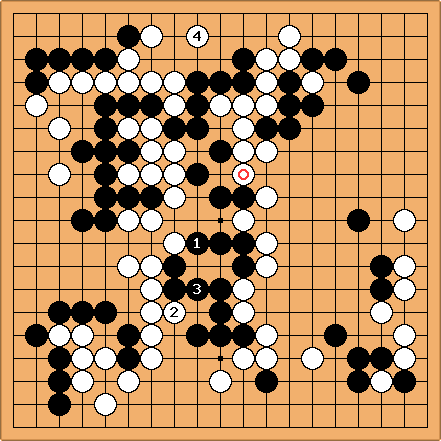 Later upon the sudden realization that I had misread and didn't have two eyes, I went back to the position and a bitter fight ensued. I played the marked black stone, then he played the marked white stone, and I suddenly realized I had further misread and did not have an eye in the center. I eventually won, but my opponent made a dumb tactical mistake.

My question is, does Black have a chance to win this fight if he cuts at c, from this position? The sequence in the game went Black a, White b, Black c. White should have connected at d, and this mistake cost him the game. Had I read this out before playing at a, would I have a chance if I cut at c first? 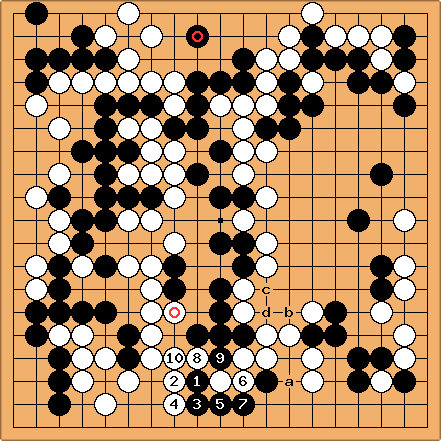 lavalyn: This is a fairly deep fight you're looking at - so this solution is far from comprehensive. But we assume White is doing everything possible to prevent Black from living in the centre, and Black going wholeheartedly for the centre. 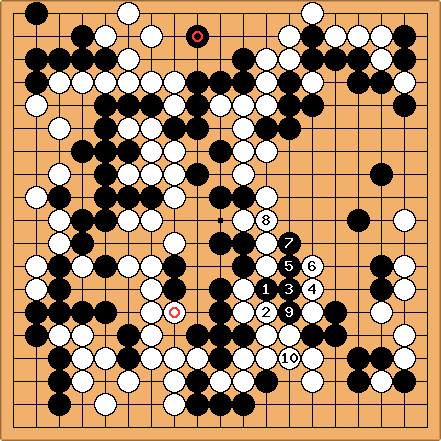 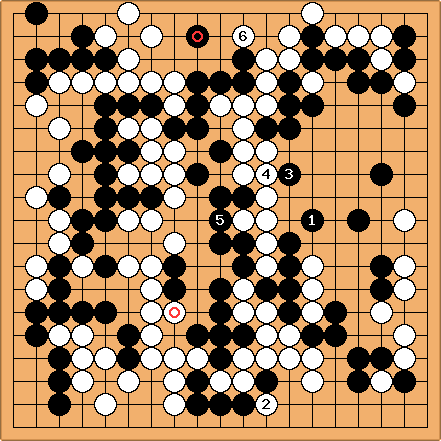 After White 16 I must say White has the upper hand.

Lastly, I've found out that my ability to read is severely behind for someone of my level. Are there any ways to improve this besides just doing tsumego?

What should be noted above everything else is that the marked white stone creates the cut at 1 (making miai of a and b), splitting the two potential eyes of the dragon. Then again, for your opponent to consider it dead as it stands is pretty confident, given the aji of the nasty cut at c. I'd bet on White; but with White I'd add a move #:-7. 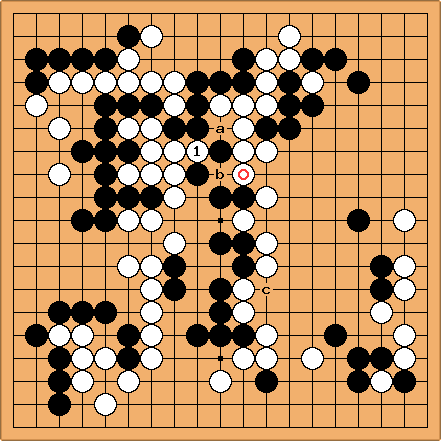 lavalyn: In which case the kill is even more obvious. 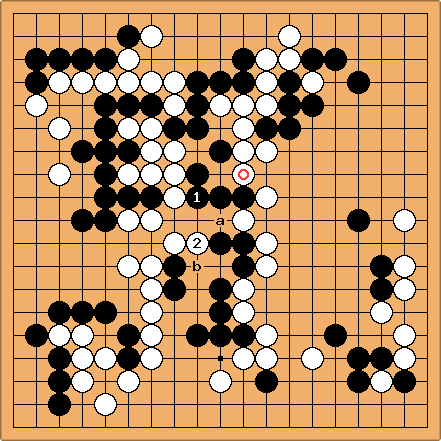 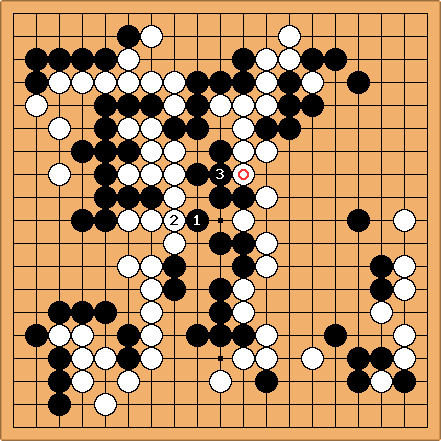 Semper: Not completely sure if this would work, but here is an idea:

After that, the rest is up to you to figure out, but there are a handful of ideas. After some thought, together, the group is dead. 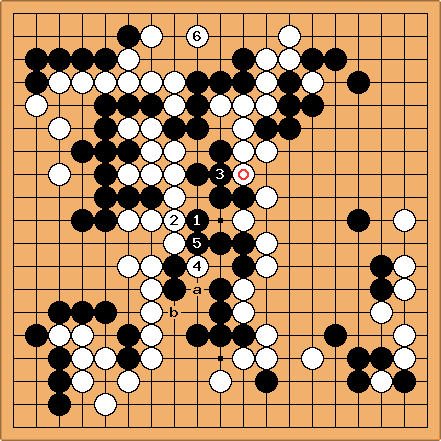 a and b are miai for black, so he can only have 1 eye. as soon as white plays 6, it looks like blacks chances to live die. :)