This page I hope will become a place of discussion for players to place go problems which have confused them in some way, even after seeing the solution.
Many of us (beginners, mostly, maybe, maybe not) have encountered go problems that are devoid of discussion. Whether the answer is given or not, some problem sources do not have the goal of discussion in mind. This page is meant to fill the gap. If you've found a problem you don't understand, and isn't explained, discuss it here (or present it here for discussion).
Basically, this differs from other, similar pages in that it is meant to address specific problems that a given player wonders about.

atimholt: This confuses me. I found this problem in a go problem book of mine: 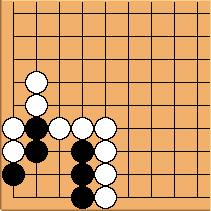 kb: The solution is a case of capture two, recapture one. 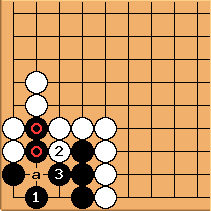 kb: Instead of playing

at a to save the

stones, it is played to make an eye in combination with 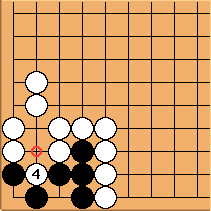 captures, Black can recapture at

to form two eyes and live. 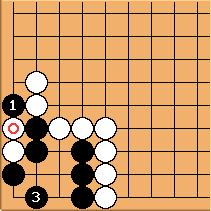 If White plays 2 at

, then Black can play

However, White has a better way to play. 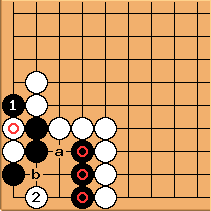 The vital point has been revealed to be the right 1-2 point, so White should play

there. Since this move is sente to capture the three

stones (W can push in, starting at a, Black must defend at b - but then White throws in at

atimholt: Thanks for the instantaneous response. I'm a beginner, and will have to look this over a couple times before I really get it. 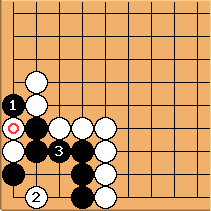