fractic: In a recent game I got caught by the following move which I didn't know. 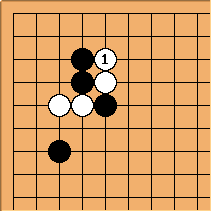 fractic: It started innocent enough but I had never seen

before. Here is the game continuation which was very bad for me. 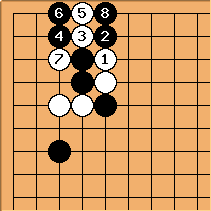 but I couldn't find a better move for 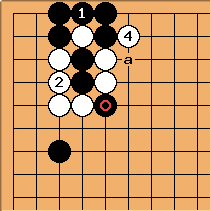 fractic: I continued by cutting at a. It ended with white getting the whole corner and a big wall by capturing

in a ladder. How could I have prevented this? 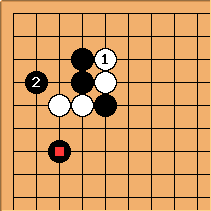 Andy Pierce: How about this

? You have a friend with

, so head for your friend. If white can't kill black in the corner, it's very bad for white. 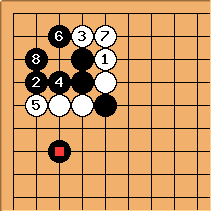 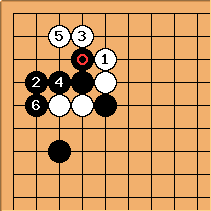 fractic: This looks much better for black. Thanks :)

Bill: This looks horrid for Black to me. 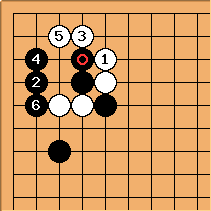 then black has much better shape. 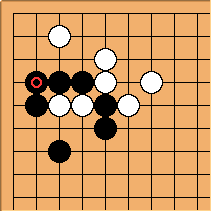 Bill: Even eliminating that bad exchange, we can make a better shape for Black. (I have added a stone for White.) But isn't this still problematic for Black? Isn't Black overconcentrated? The problem goes back to

, which is too passive. 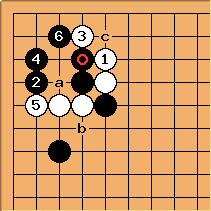 fractic: If White puts up more resistance with 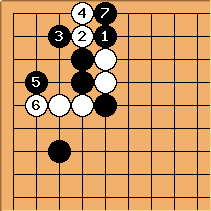 there are opportunities to stop the squeeze. 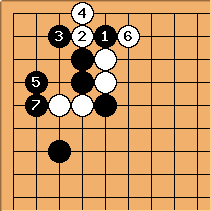 Bill: (Later comment than below.) Avoiding the squeeze is very important. This looks playable. :) 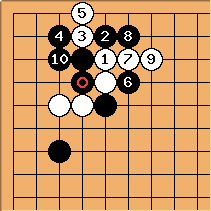 Bill: Black does not want to allow the squeeze. White's stones are divided.

Andy Pierce: To be fair, the shape of

here isn't great either. :) Did black go wrong earlier than

is part of an effective cut, by contrast with the empty triangle in the b escapes diagram above. 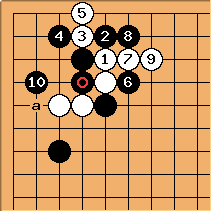 Andy Pierce: How about

here instead? Maybe not so good, since white gets a in sente, whereas

above ends most of the aji in the corner, although I think white still gets some play on the left. 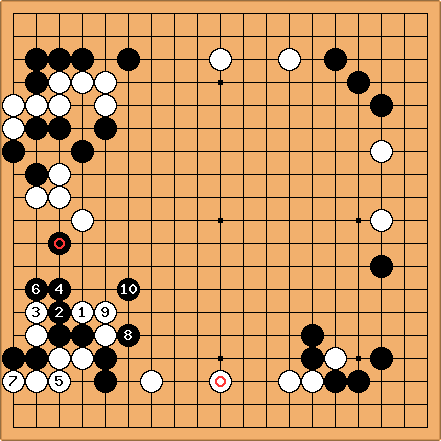 Dave: The only real example I found. Note there are nearby stones such as those marked that may have led Black to try this line. 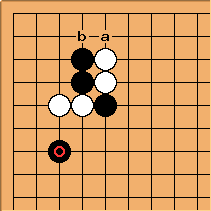 Bill: The proverb says to Hane at the head of two stones. In this position Black can hane at a or White can hane at b. Both look strong, especially b, since it weakens Black's stones so much. If a does not work, Black almost has to play b to prevent White from playing there.

BTW, hasn't this shape, with a different

position, been discussed here this year?

fractic: I don't know whether it has been discussed here or not but I looked at Kogo's joseki dictionary. For some other pincers this move is mentioned. But after Black a White b White does not extend the stone at b after the atari. Probably because the variation you gave above.