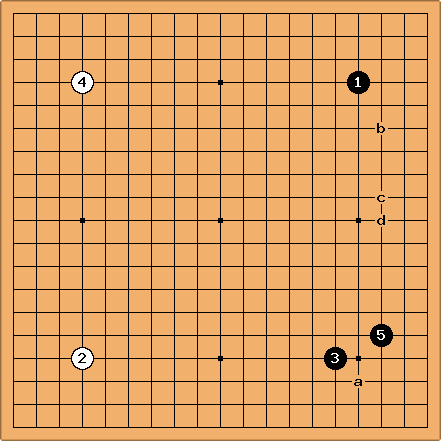 Tapir: This happened recently... as a somehow orthodox player i played white, natürlich. If

at a looks natural to me. After

my thought was I shouldn't strengthen the lower right but it is too early to invade or do something about it. So i approached the upper right corner at b. In comparison to the orthodox fuseki black has a much weaker enclosure here, but white should be careful not to give black a huge corner by a careless approach. How would you play against this? 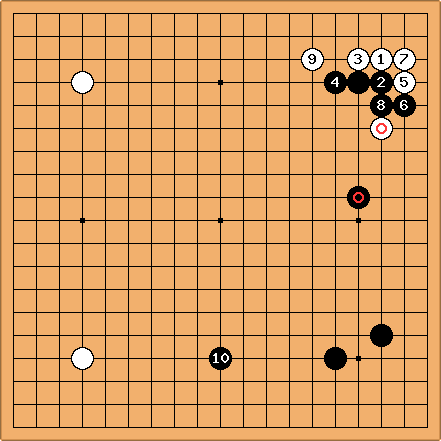 Dave: Here is the only game I could find where White played the marked approach. Takagawa responded with the marked pincer and play developed as shown.

Herman Hiddema: The wedge at c (or maybe d) looks natural to me. 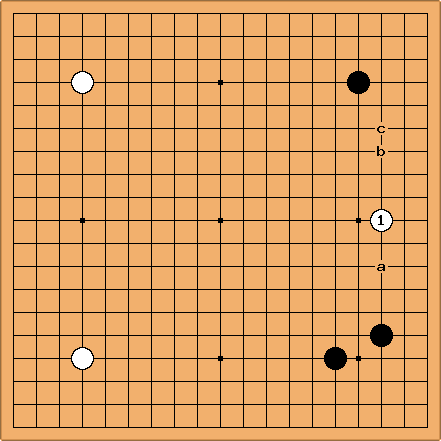 . If Black plays a, you extend to b or c (not sure which is better). Now Black has more aji in the lower right corner than with the 'normal' shimari. 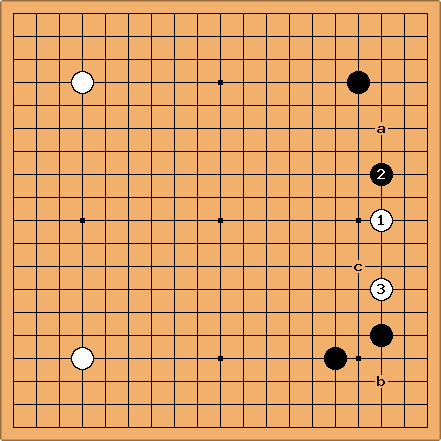 , white can just extend to

and Black has to deal with the aji around a and b. So after all, the game looks very even and playable for both sides.

Tapir: In my eyes Black has more bad aji + more potential in the corner + the two stones put more pressure on white than with the orthodox shimari. Does White have enough time to take care for the black weaknesses now? Starting with c i feel black can defend at least one weakness in sente or make it less interesting at least.

mafutrct: c is a nice move. Playing the most common variation seems slightly better for black since he gets sente to play at the top. I guess white will resist and play Q11 instead of the Q9 wedge (i can provide a complete board sequence if needed), but then the game would become fighty and unreadable for me. 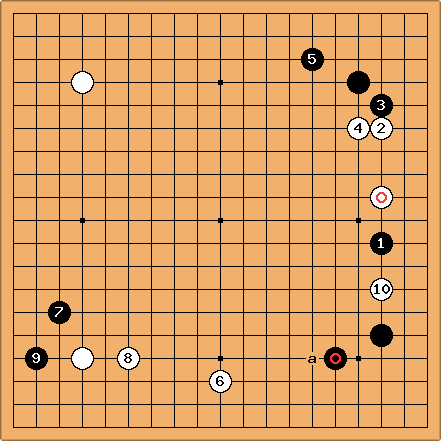 Dave: Whether the marked Black stone is here or on a, pros tend to split the side at the marked point, in the few examples that exist. Here is one follow up.

Tapir: I wonder that pros play this enclosure at all, at ask myself why!