none of the player added any stones to protect against it: they pretty much ignored the position. 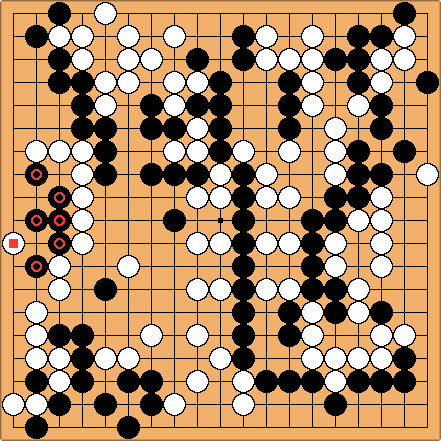 So, the ugly black group on the left seems (to me) killable. What would have happenend had white played the marked stone ? there are lots of differents endings, but I'm not sure of the best line of play (I'll bet seki or Black dead)

What do you think ? 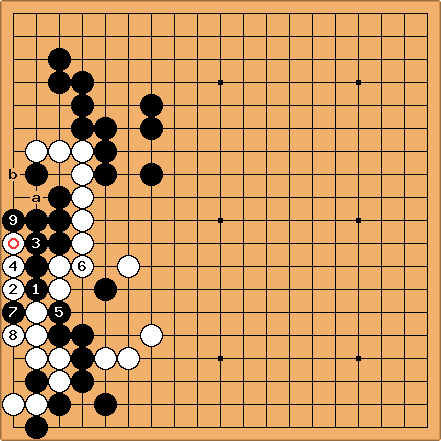 is the key move. If white defends the cut at

, black can play at

and live. If white does not defend the cut, but plays

, black can cut in sente. After the throw in of

and white is unable to connect due to damezumari. Thus black captures three and makes an eye, with another eye at a.

atulab: cant w play 10 at b ? thus destroying black's second eye. I think this leads to a double ko but I think white can actually win it. 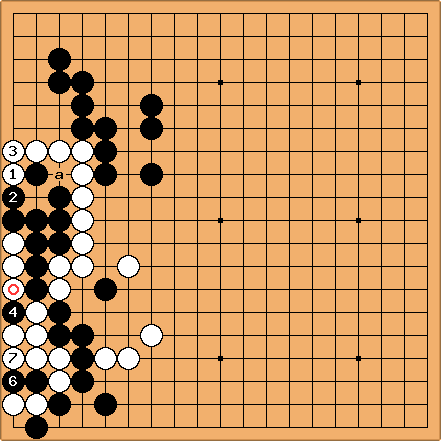 to destroy the eye (black can't play a), then black plays 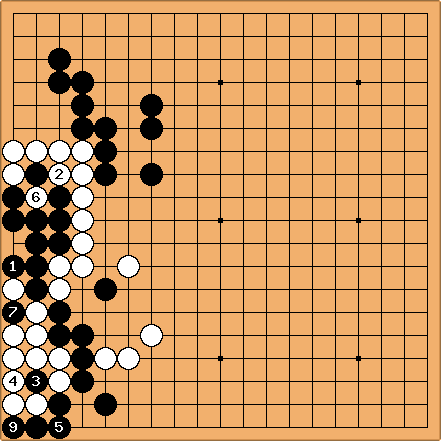 fractic: If black now plays at

can try and kill. It looks like double ko but it isn't. The best I can find for black is the sequence up to

. White then takes the ko and black needs a huge ko-threat. 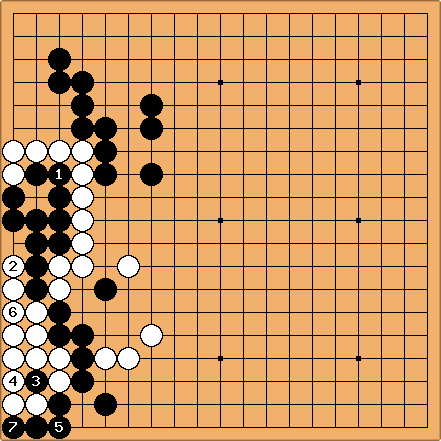 fractic: But black has a better play at 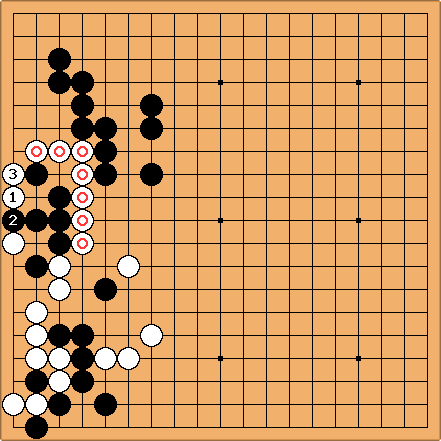 , white does, again resulting in only one eye for black. To live, black would need to skip

and instead kill the marked white stones. But I can't read a way for black to stand a chance -- white escapes to the center in every variation I tried.