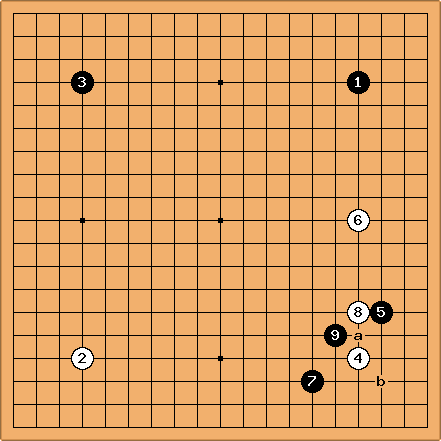 Black has played a non-joseki move at

. If white connects at a and black invades at b white starts to look like he has played in the wrong direction taking into account

Is white a wrong?

dnerra: Don't make your life too difficult. White a can never be wrong. 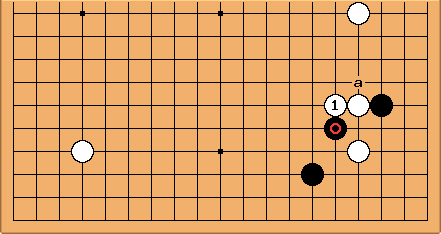 Remembering a joseki where white answers

if black plays a instead of the marked stone we tried this variation: 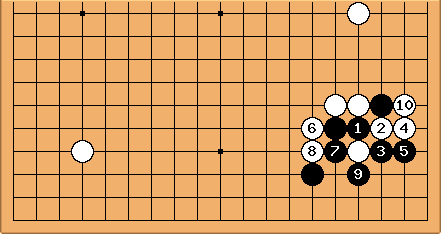 seems to do no good for white, but this seems quite bad too with the cutting point and the aji. 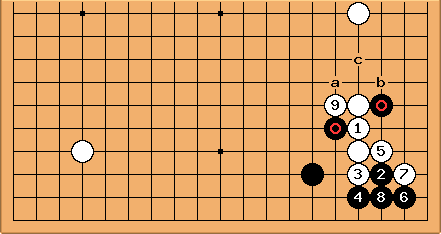 This is the best variation for white that I (Zagga) can find, but is it actually good? Or does it look like white has blocked in the wrong direction as in a 3-3 invasion?

How should white really play after black P5?

dnerra: I don't understand why this is wrong direction. Anyway, black has exchanged the marked stones for

(which could also be played at b or c), and this local loss would more than make up for the hypothecal gain in forcing White into the wrong direction.

Btw, I rather find

in the first diagram above unusual, it looks like wrong direction to me. 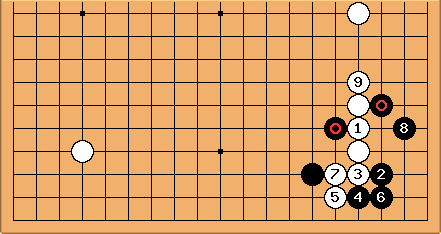 HermanHiddema White could simply block from the left like this. Now both

stones have become bad moves, because they have induced white to play good moves (

) without gaining anything much themselves.