BQM 258 When is a group too big to sacrifice?

Thad: In the following game, Black has just won a fight on the lower bottom. however, in the process he has ceeded to White a lot of central influence.

The question is simple. It is a difficult and complex fight to try to make the Black group in the lower right center live. By estimate, in Diagram 1, if Black lets the group die he still leads by 30. In Diagram 2 ( which is a few moves later ) he leads by 15-20. ( This is in hard cash only. ). Is it a viable strategy for Black to sacrifice the group?

If Black were to sacrifice which diagram would ber better. Clearly the damage is less in the first diagram, but sometimes adding stones to a dead group will allow you to make better shape with other stones. 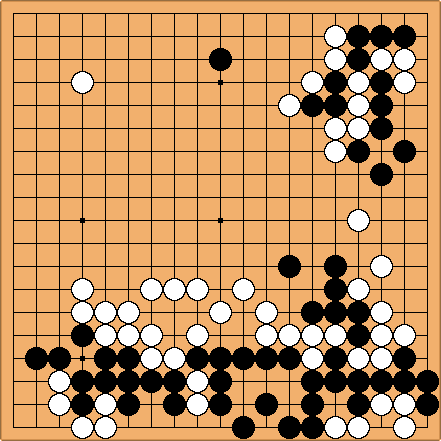 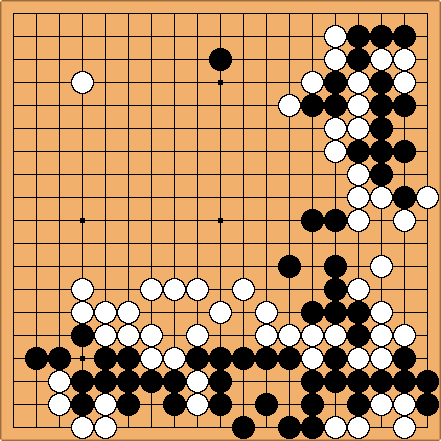 pwaldron (AGA 5d): This is my first-time major edit on SL, so feel free to correct things. In particular, what I had hoped would be captions under the diagrams are appearing beside the boards instead.

Although black has territory along the bottom edge, it doesn't seem to compensate for white's thickness. First we'll suppose that black leaves his group and plays on the top: 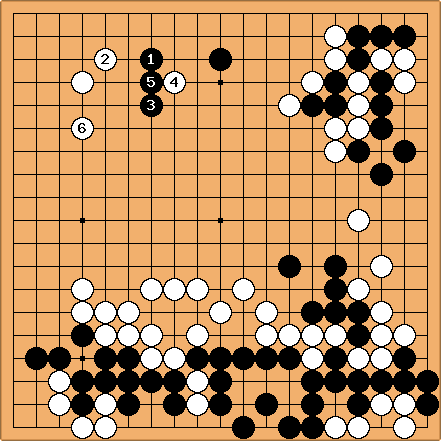 Assuming Black gives up his floating group, White seems within spitting distance of Black on territory and has better thickness as well. The game may be playable, but I would certainly want to take white.

Looking at Black's floating group, however, it's not clear to me that he should have to give it up. White's side group doesn't have a good connection to the outside, so applying a little pressure may help Black quite a bit. A few quick sequences that I can see: 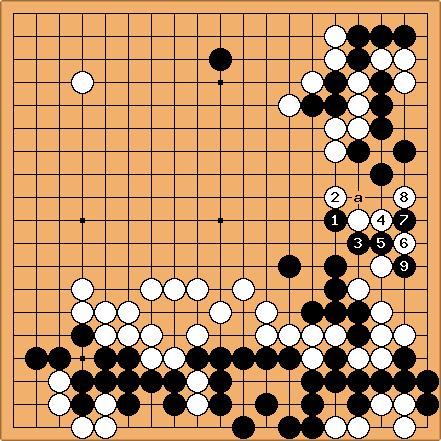 White loses his group this way, so he'll have to back down and let Black connect out. White 2 at a seems to be a stronger way of playing, but there are other ways for Black to consider: 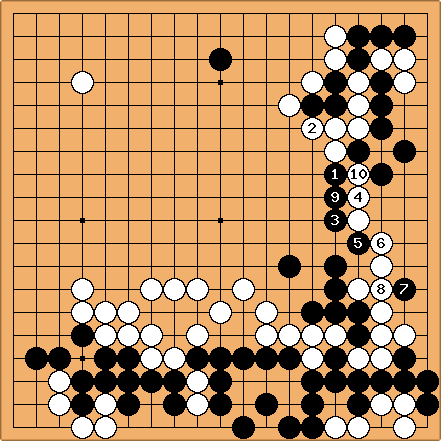 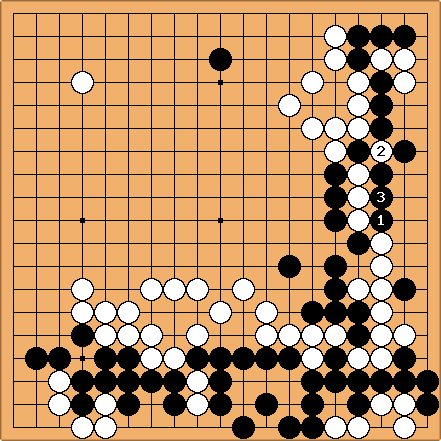 (White connects with 4). Black has choice here, including trading the corner for White's group. One I can see that leads to ko (I think) is: 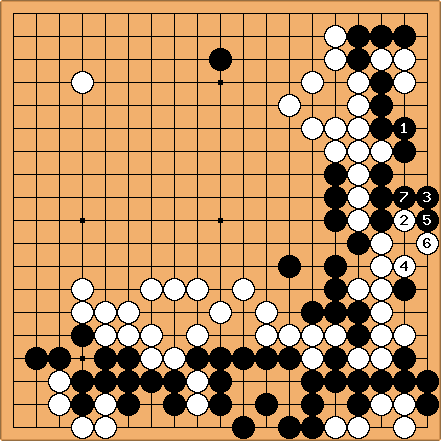 Naturally there are several other variations, but I think there is enough aji here that White is quite restricted on how much resistance he can put up. Black has a good shot at connecting himself, and may even do so in sente if he can pressure White enough.

Dieter: To pwaldron: your comments will appear next to the diagrams if you write these under the diagrams in the edit box. On another note, I think it's more correct to say that Black's territory doesn't compensate White's influence, because as you have pointed out, White is not thick at the right side, or not much thicker than Black. I agree that the possible battle there is the first thing to look at.

Bob McGuigan: Also to pwaldron?: You can make the comments appear below the diagram by typing four per cent signs (line break) after the diagram.