These questions appear in TsumegoFromGames48. 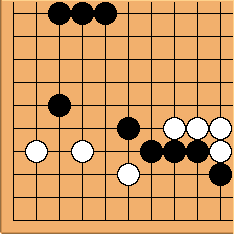 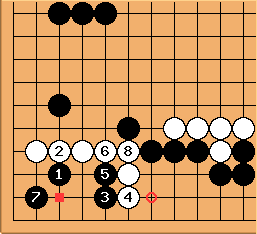 for seki, but lots of things seem to lead to ko at 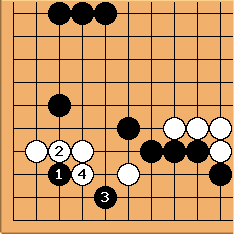 zinger: Well, white can play this way, which is a little submissive but seems to give unconditional life. 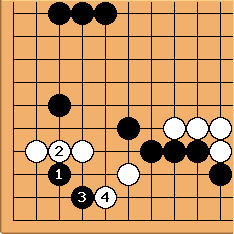 Alex: Without having done any reading, this

looks at least as plausible as the

given in the game. Anyone care to suggest some continuations? 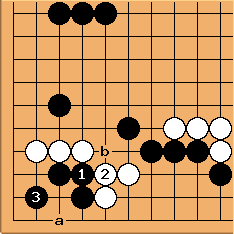 makes miai of an attempt to live with a or cutting with b. Who would be faster? 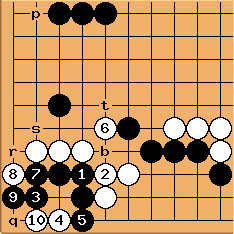 is not sente, hence Black dies like this.
A semeai Bs-Wr-Bt will be won by White as Black only has 4 liberties (5-2+1),
whereas White has about 6 liberties.

in place, Black might think about of connecting with r ff. but this is not the case here (also all black area would be destroyed as White would most probably not die in the Black influence, but it's an interesting idea). 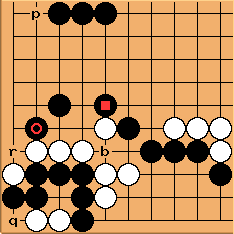 tderz: if B wanted to enclose with these

),
then he better could do so without [20] invading & settling the corner, I guess. 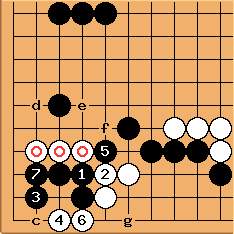 ? (Answer: No)
The idea would be to start a semeai with the

.
White c is an easy way to stay out of problems though.
White d or e could lead to trouble
(as they might rely on a bad atari f taking away a liberty from White and perhaps allowing for something like g+c) 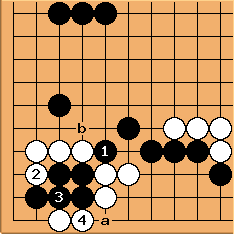 Dave: I think that playing

here leaves black with too few liberties to fight on either side. If Black plays 3 at 4 instead, then White a. It seems that b is not even sente for Black. 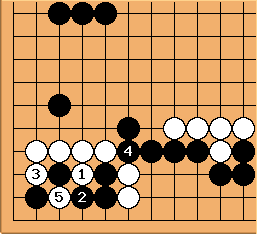 leads to an easy kill. If 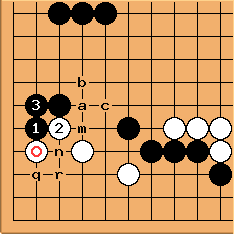 tderz: [20] This is a standard sequence for closing off the (small) side, while still preserving aji.
Wa-Bb-Wc could follow (we don't know the game constellation here, i.e. how that would affect the 5 black stones on the right). Please notice that Black never wants to give the atari m as White would be glad to connect at n
...=> and the black corner-aji at q, r would be gone. (if s.o. finds a link to an appropriate Senseis page which displays the execution of this aji p/q, pl. link) 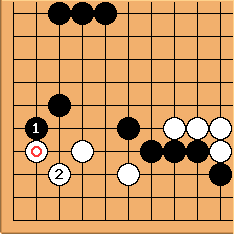 is a standard defense which might be appropriate in this kind of situation.

Alex: Yes, I think this is much better than

in the other diagram. The shape shown in the tderz's diagram usually arises the other way, with a kick at

(in tderz's diagram) coming first, followed by a Black hane underneath at

(an alternative to the more normal stretch upwards, when Black wants to stay light and take sente), then White blocking at the marked stone.