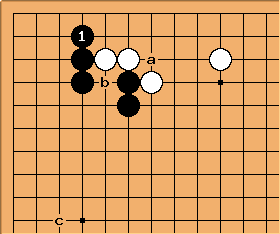 seems to be a mistake (or hamete). But what's the best way to punish? It looks like white needs to protect the cut a a now. To push through and cut at b looks like overplay now. 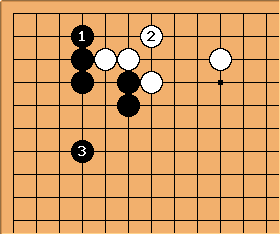 completely removes the aji of the cut at b, so I'm thinking that even if white defends solidly with

exhange is not necessary. Thoughts?

nachtrabe: Why do you think

is a mistake? It looks like a continuation to me. It may be small depending on the rest of the board) but I'm not sure there is a "punishment" per se.

forces a closer play than c). 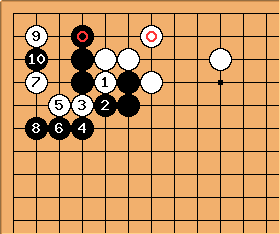 Dave: If the marked stone does not remove the aji of the cut, what is the aji after 1-10? I think the aji is gone. The refutation of the marked black stone can not be the passive connection by White I think. 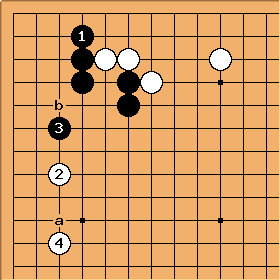 and White has played on both sides. Also, Black is overconcentrated. Instead of

if Black plays a pincer at, say, a, White has room to extend to b. 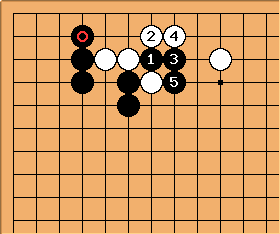 Dave: White does not have to "punish" Black. The punishment seems to be included in the original play. There is no meaningful follow up for Black. The cut with

achieves nothing. Black would be much better off to have played the marked stone as an extension down the left side. The marked stone is virtually a pass by Black, isn't it?

Calvin: Ah, did not consider this sequence, which shows the cut to be gote for black. Thanks!