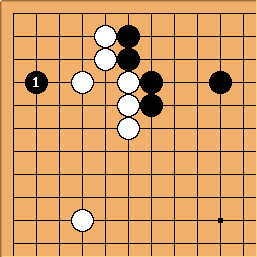 Velobici: What is the best way for white to handle this invasion. Naturally as a kyu player, I wanted to kill. Didn't kill but did confine black to small life in gote, at least.

Could white have done better? 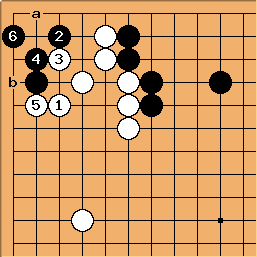 Appears that black has lived in gote as a and b are miai.

Bill: I don't know what best play is, but

in the game is aji keshi. The simple block at

Alex: Yeah. Pushing in like this is one of the bad habits I talk about in the book I'm working on. Most kyu players play something like this several times a game. Some times, it's more harmful than others, but I think simply ceasing to push in when you can't/aren't going to cut is enough to gain a stone strength, because those who commit the mistake commit it so often. 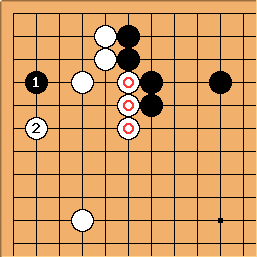 unkx80: I will also consider

stones, there is no escape for Black. 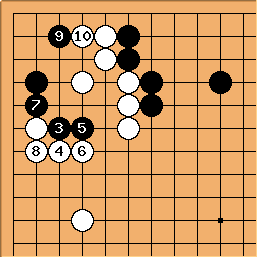 For example, the sequence from

Velobici: Thanks! This is one of those positions where the Elephant Jump (

in the diagram above) works. Its a move that is hard to find because it can often be cut.