The position is the one illustrated in Deepmind's blog. Of course, the shimari in the lower right is also a trademark AlphaGo play. For as long as we know, this type of invasion has been disparaged; beginners are told that 1 is too early and just gives White influence. Here AlphaGo does not make the usual joseki continuation at a, instead playing tenuki on move 9. This allows White the option of b, but we presume that AlphaGo considers that the 2 remaining moves c and d offer it enough locally. 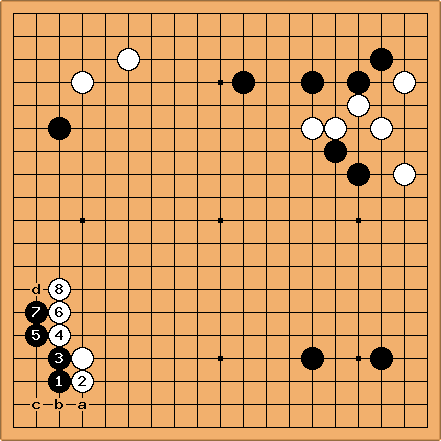