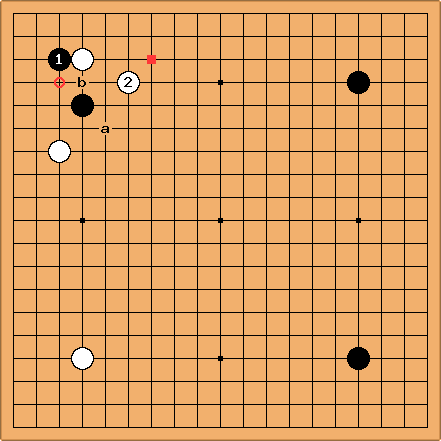 The low pincer joseki saw some re-invention in recent times. After Black's initial atttachment of

the new answer of the two space extension (Square) was popular. Previously the crosscut (Circle) was the main response.

AlphaGo dispenses with both of these moves, suggesting

instead. After which there is the prosaic follow up of a (the snuffle) or the classic continuation of b (the paw).