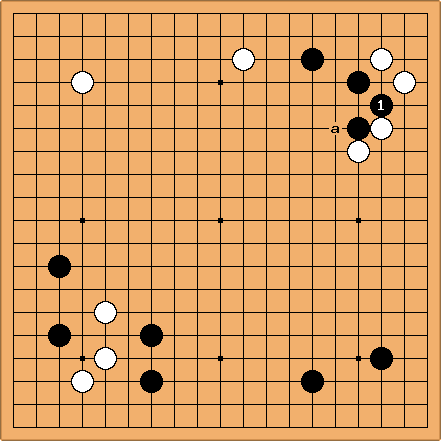 is what leads to the now famous Giant Crawl. In this general position a would always have been the first choice. 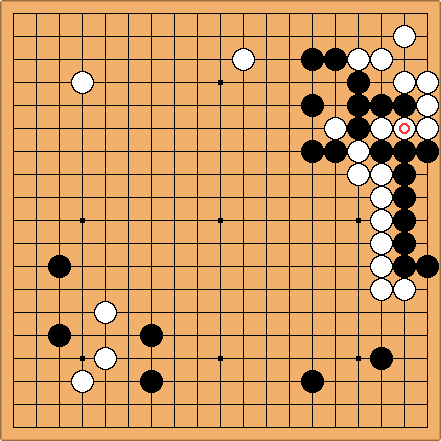 It is not an outcome many would consider choosing, but in the end it was re-assessed. Black has no weak groups, but White has weakness. Despite crawling so many times, Black emerged ahead on the board. This led to consideration about whether the marked stone was the correct response to 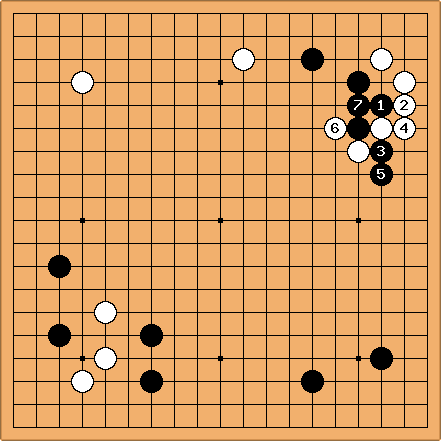 If White blocks normally with

then this outcome would be unfavourable for Black, since White's corner is clearly alive. 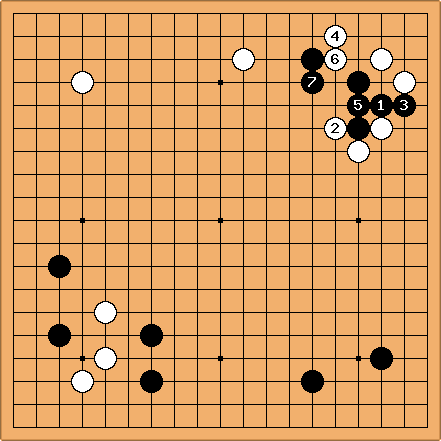 It should be normal for White to play atari with

. Black is unlikely to connect after White. What follows is one suggested sequence.