A Brilliant Waste Of A Move 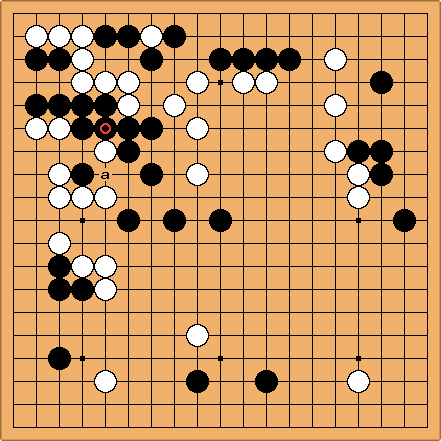 The move, which prevented a cut that White could not yet make, was equivalent to filling in a dame. It is thought that Chitoku did this to ensure an eye at a and hint that Genjo should resign. Genjo resigned after move 155.

actually seems to be a mistake. The Elf commentary recommends the following sequence. 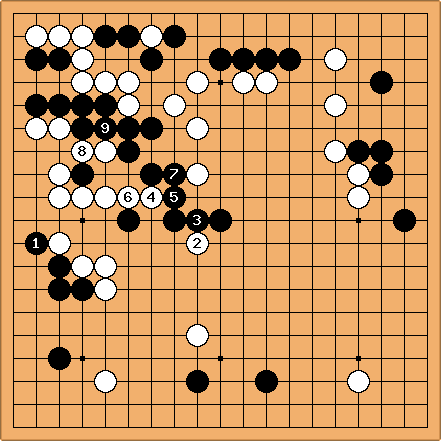 kmr?: Leela Zero (with 7,5 komi)think that black advantage is so big that even that move which lose points does not turn game any close into white favour since black winrate is still about 70%. If we substract komi, winrate would be probably around 99%. Therefore there is no reason to call that move mistake - game is still won, and LZ supports claims that Chitoku played this move to give Genjo hint that game is decided and he should resing.

Leela Zero also disagree with ELF evaluation, and suggest reinforcing black only weak group by horse neck extension from 49-55 group. Not a big difference though.