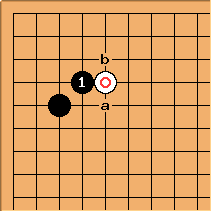 Not too many games found in gobase but essentially White will play a (basic instinct) or b for an interest in the corner. 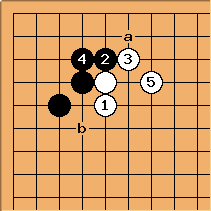 This is the easiest pattern, with White making thickness and Black a solid big corner. If this is too mild, White may descend to a, leaving a cut. If the ladder is good for White or if there is support nearby, this is playable. After

, Black will play b to avoid being shut in. 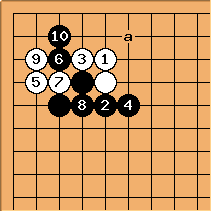 shows an interest in the corner. In terms of shape

shows a black preference for influence.

is a technique to create aji. Now Black can aim at a. 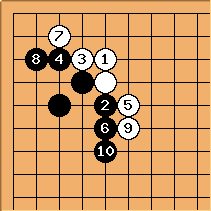 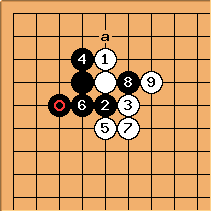 goes for the corner but it turns

into an empty triangle. After

, White can sacrifice at

or fight with a. We'll show the sacrifice tactics. 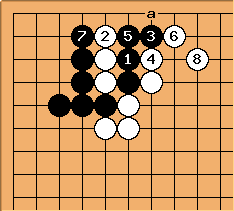 Later, a is obviously White's sente. 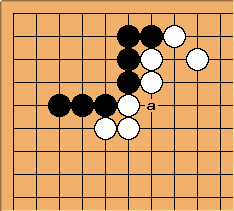 Removing three stones each, we can see that Black has taken secure 20 points plus expansion to the side and sente. White has taken influence to centre and side with some small aji at a. Then result looks fairly equal. Since the corner has been solidified, perhaps this is a little better for Black (Dieter's evaluation).