Let's say that W wants to invade a relatively strong black position at the 33 point. How does W live (regardless of whether giving black the additional outward thickness is a good idea). 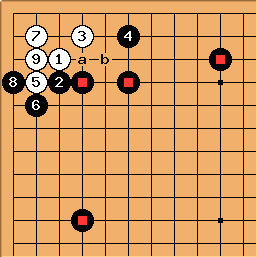 rather than Wa Bb to avoid a ko. 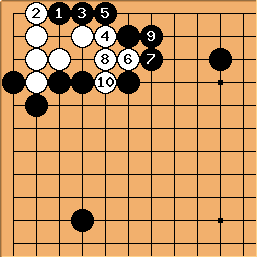 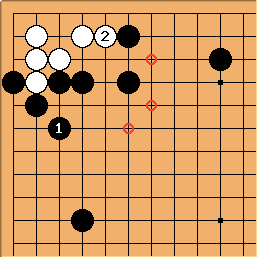 A move by black at

, or at any of the circled points cuts off white's escape and requires white to make life with 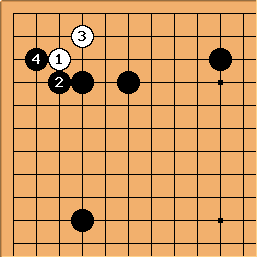 Suppose black resists? How best to proceed now for white? Can white make life without ko? 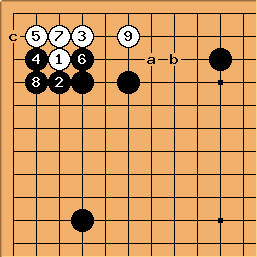 followed by jumping out at

. With a (or b) and c more or less miai, intuition tells me that White should have no problems living. 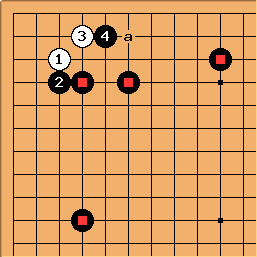 What to do when black plays

tsuke instead of at a? Is there a way for white to live unconditionally or escape? 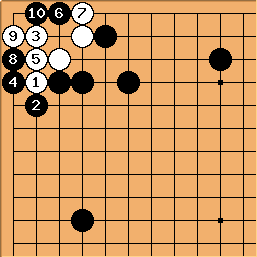 , Black can hold White to one eye in the corner, starting with 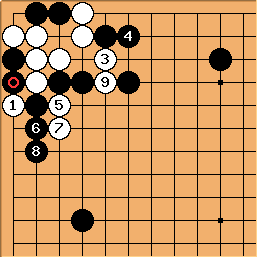 Bob McGuigan: See joseki-related life-and-death example 5 for some other variations.