Moved from sansan invasion of hoshi. 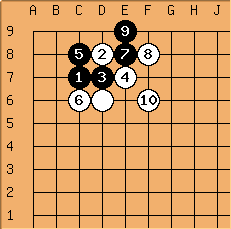 I used the idea of responding to 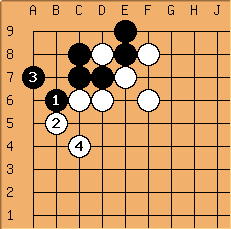 I thought this sequence turned out well for White, even though Black got a little territory. 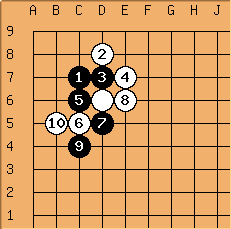 This next variation is when

varies. I wasn't sure which move was better. 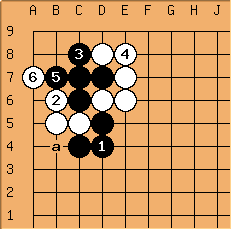 At this point the black stones would be captured. (JuhoP: But

at a captures the 2 white stones.) 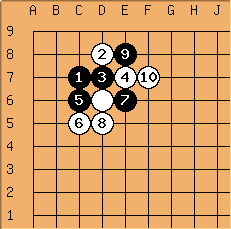 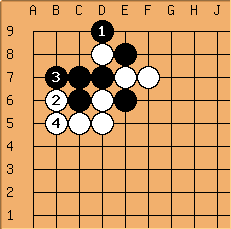 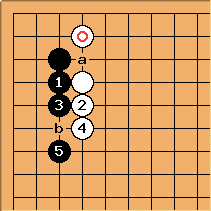 is a bit of a trick play. Black simply extends with

White needs to do something about the defect at a now, or Black will push here and rip White's position apart. White cannot hane early at

or b, or Black will cut at

respectively. I'll leave it to the reader to work out the continuations with these hane's, but White has quite a desperate struggle. 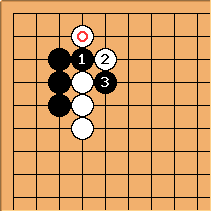 Alternately Black could try the push at

first with the cut of

which leads to a very one-sided fight in favor of Black, especially if Black has a good ladder.

Regardless of how you look at it,

is very bad for White if Black responds in a correct manner.

HolIgor: Your move is worth consideration in the case when there surrounding is such that Black does not get an easy life when breaking into the center.

, and that Black would try to cut.

If anyone has some better ideas for responding to a black stone at the 3-3 point, I'd be interested because my only response is this: 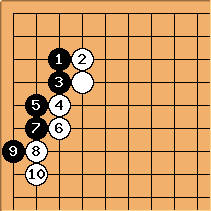 JuhoP: This and the diagrams below do not make sense. Just look at the page on 3-3 invasion for reasonable variations. 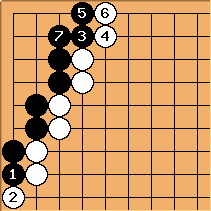 is wrong - White has too many cutting points. This is discussed on the 3-3 point invasion page. 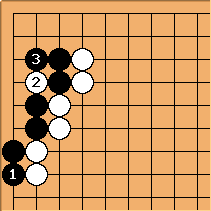