In miai counting (as described in Mathematical Go, for example), this position is 1 point for black: 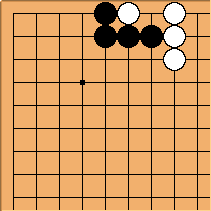 From the definition of 1-territory, I gather this would also be counted as 1 point using that system. In either system it is 1/2 of 2 points. But miai counting also handles positions like this: 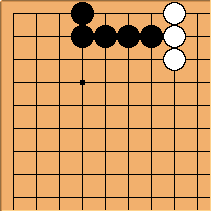 By miai counting, this territory is worth 1+1/4 points, whereas if I understand 1-territory it would be worth 1 point, correct? From this I'm interpreting 1-territory (and I guess it's descendants 2-territory etc.) as a kind of simplification or estimation of miai counting. Is that correct?

n-territory is not a subset of miai counting but relies on current territory. I will look later whether your examples coincide with miai values accidentally. No time now.

Current territory and n-territory are designed for the middle game. For the endgame, accurate values cannot be guaranteed. Nevertheless, it is fun to study your positions just for the sake of doing it: 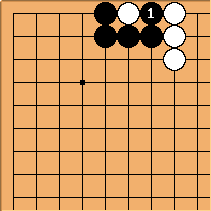 A White reduction sequence is then not needed. The inside intersection is Black's 1-territory. 50% * 2 points = 1 point.

Here a sente reduction sequence starting by White is possible: 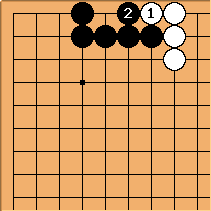 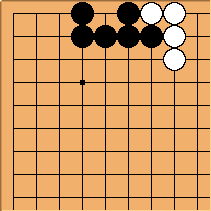 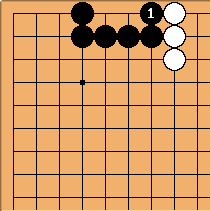 For the sake of achieving 1-territory, Black makes 1 play. Afterwards (White cannot make a sente reduction sequence, so execution of none is imagined) the resulting position is studied: 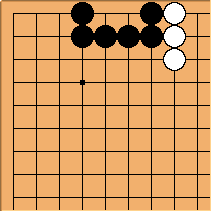 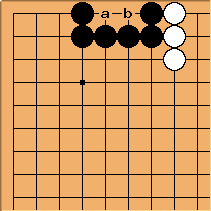