Alternate responses for white when pincered [#1397] 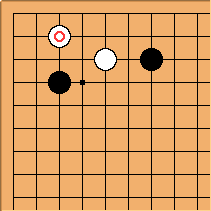 A colleague of mines often plays the circle spot. Why I cannot find any responses in the go websites? Is this a bad move? if so, how can i punish it?

The jump attachment at

is White's most stubborn response. (Otherwise White is easily contained.) 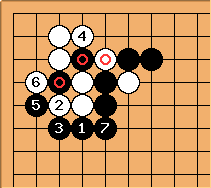 is a key play, sacrificing the 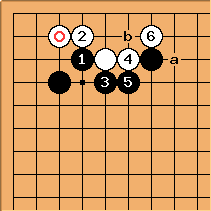 either at simply at a, or at b to seal white in completely. Black gets thickness in exchange for about 10 points for white. 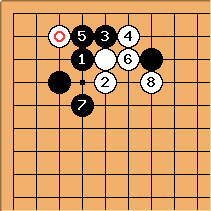 becomes mochikomi and white ends in gote with a semi-weak group, while black gets a large corner. 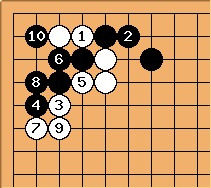 allows White to sacrifice the corner. All of White's plays are kikashi. Perhaps

should be at 6 right away.

Yes, I had considered this, but it seems goo for black too, connectng with the pincer stone. I think

and allow white to connect.

Black gets to connect, but as White I would be happy to give up two stones in return for four forced replies. :)

As for the crosscut and connection, the connection did not look all that great to me. 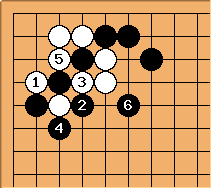 , maybe White should extend to 4. 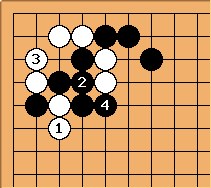 This is not so bad for White, but I think that sacrificing the corner is better. :)

Bob McGuigan: In his book Tricks in Joseki Yilun Yang analyses the slide when Black has made a two space low pincer: 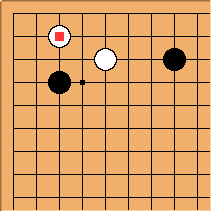 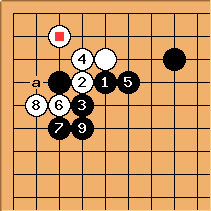 White must defend at a so the 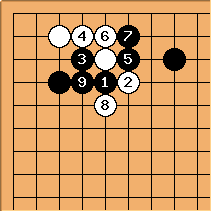 White is split into two weak groups, but of course this is a different pincer than in the original question. 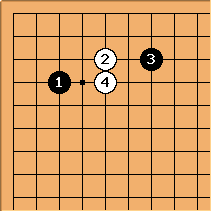 A kyu once played this against me in a game. It's not mentioned anywhere on SL, but how is it a bad move? It doesn't seem punishable. 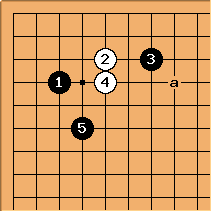 is slow and heavy.

is enough punishment. Normally, with the one point jump, white could play a, but that is not possible now.