I encountered a version of this as white in a 9k vs 10k game. Each of the white stones threatened to kill a black group. The final, marked stone, made it clear that the group was dead. If white fills in and black captures, it becomes the bulky five, with white to move and fill in the vital point. 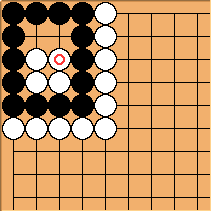 But actually, the order is wrong: the circled move ought to come second, with the first being the stone beside it - just play two stones across the middle. Intuitive: block the middle points, across which Black seeks to divide the space. Then Black is already dead.

As shown, White has wasted two plays, and presumably offered Black chances to make seki or live outright (depending on what the exact order was): 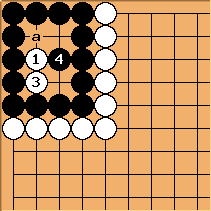 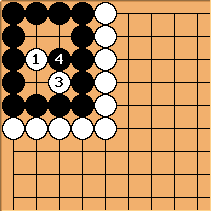 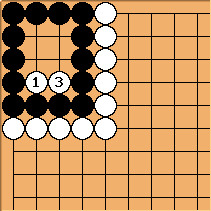 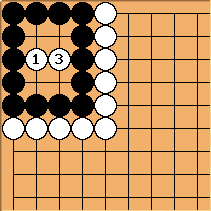