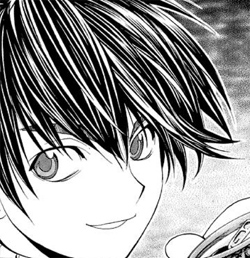 Yoshitaka Waya (和谷 義高 Waya Yoshitaka) is a character in Hikaru no Go.

Waya is Hikaru Shindo's "big brother" insei. Waya is later revealed to be "Zelda", an internet user who plays Go over the internet with Fujiwara-no-Sai (Sai used the screen name "sai"). Waya is the deshi of Shigeo Morishita, a.k.a. Morishita Sensei.

He is also one of Shinichiro Isumi's best friends.

In the Japanese version of the anime his voice actor (seiyu) is Reiko Takagi.