yebisu: hey there.. I'm from Poland playing go for a year and a half now.. I used to love playing GO on KGS - though I was often a big sandbagger - cause I played so many blitz games that my ranking went up very slowly... (good example - 'yebi' was 3k with 26 rated wins in a row while I had a 2d account) recently I've stopped playing rated games on KGS - I hate the 'no resignation policy' which seems to be pretty popular here...

Tommell: Yebi indead IS a sandbagger :) everywhere, even after promotion to 2k...

yebisu: lately I've been promoted to Polish 1d... also I got a promotion on cyberoro - 3d now :)

and here's one of the games showing when KGS users resign (I'm white - playing against a guy with a solid 1k rank): 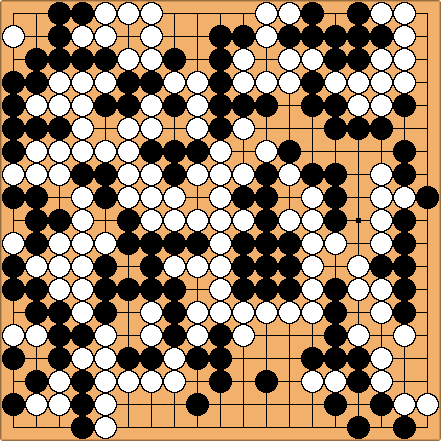