Wedge - when the approach to 3-5 is possible 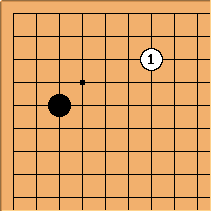 There are good reasons for not counting

here as an approach play, in relation with Black's 3-5 point stone. 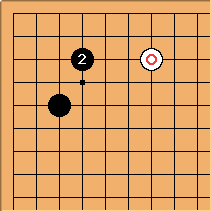 is normally reckoned as a loss for White. 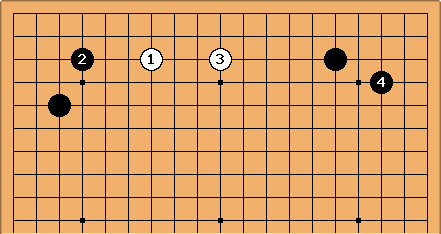 In order to appreciate White's play one must look at least at the whole side. Here, clearly enough,

functions as a wedge, but 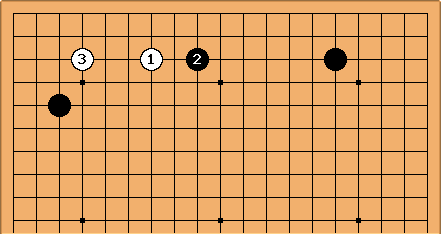 Clearly the positioning of

An example where this is known in pro play is in a Kobayashi variant: 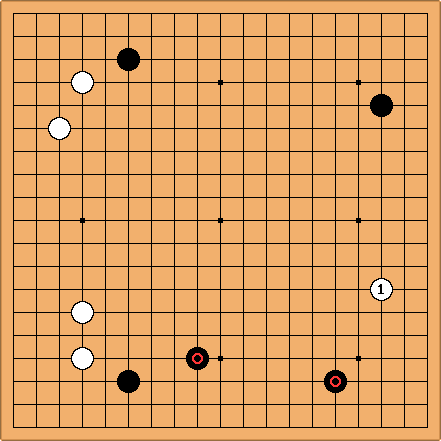 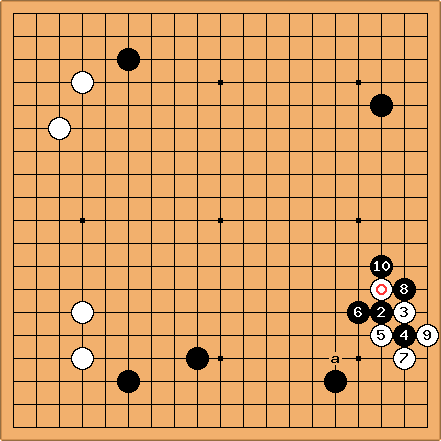 Black rejected the idea of simply taking the corner, instead applying a staircase technique with

. This forced the issue, since White here can hardly allow a big corner. In the end Wc is captured in a ladder, but White next can fight out at a.

The end position here would differ by one line from the Kitani wedge idea in the enclosure opening. 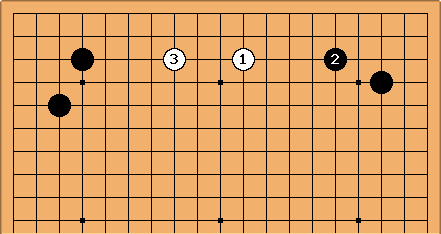