Bill: Which is better is a very difficult question, and impossible to answer, I think, without knowing the rest of the board. 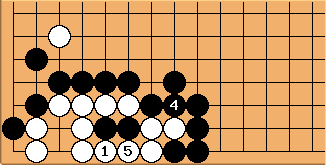 Bill: If White lives with

is a ko threat to kill White's group. 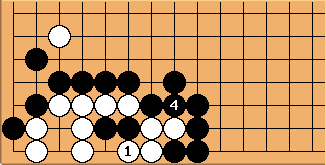 Bill: If White lives this way,

does not threaten to kill, only to capture some stones. This may make a difference in a ko fight. 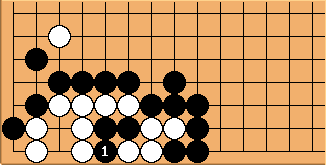 Bill: If White ignores Black's threat and wins the ko, then Black can play 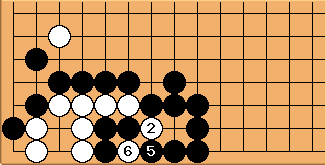 Bill: But after White lives with 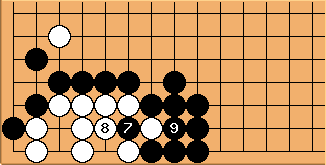 Bill: And so is

threatens ko for the life of the group.

Bill: Well, I am arguing with myself, but I think I'll leave my brainstorm here for reference. The fact that there may be some residual ko threats is not enough to make allowing one huge threat better. The reason is that White, having made the correct play originally, can simply reply to the smaller threat and achieve the same outcome. So the correct play is never worse than the incorrect play. There just may be some curious situations in which they come to the same thing.

Anon: Perhaps I am missing the point, but surely white is alive without adding a move. If black approaches from the outside, white makes the ishi-no-shita shape already discussed.