From the dango page 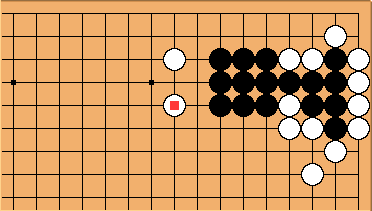 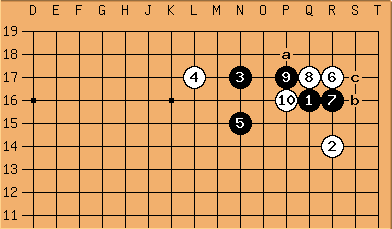 dia. [1]: Tderz: This Dango could appear if Black plays too submissive and small-point-focussed several times.
At the same time,
White is playing trying to achieve the Dango in actual play.

is overdoing things? If

at a, Wb can connect or capture in a ladder.
If

at c, White can live. 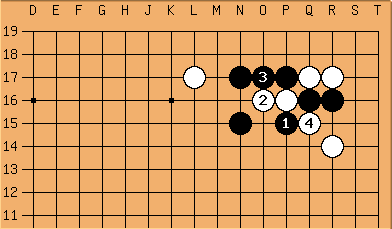 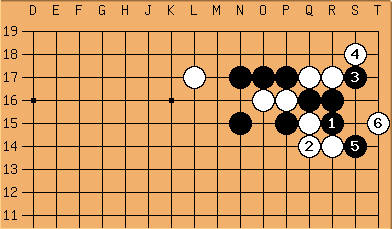 want to prevent the white connection underneath,
which is ok in itself.
Black could vary with

is a nice tesuji. 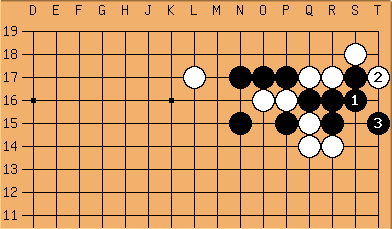 is a nice tesuji too,
preventing momentarily the connection underneath
(cf. with dia. [10]). 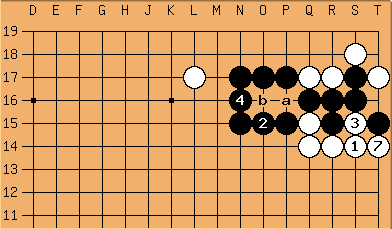 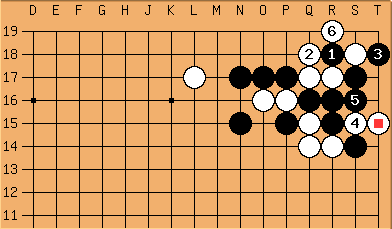 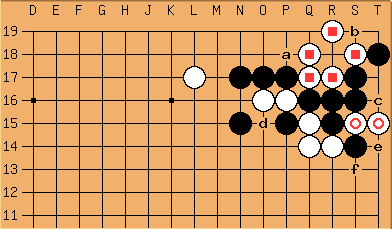 are able to live now - Wa with weak ko b for Black
- who must avoid white c by black d (allows Wf or Be (allows Wd).
OK, the latter is not so interesting,
but if Black was able to play all this, s/he wouldn't need handicap .... 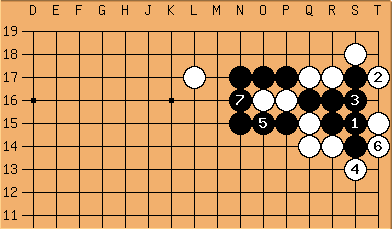 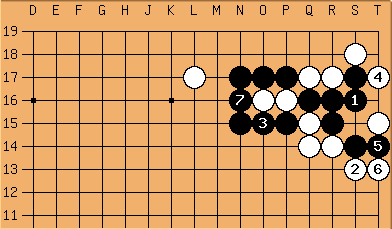 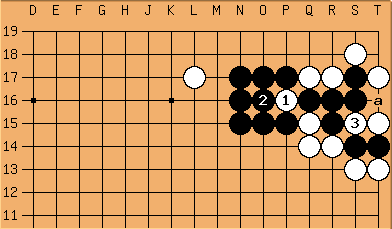 at a is not urgent for either 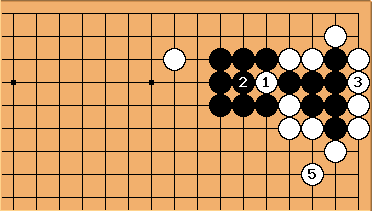 Just found by chance in "Breakthrough to Shodan", page 9, dia. 4 another variation how to produce this Dango: 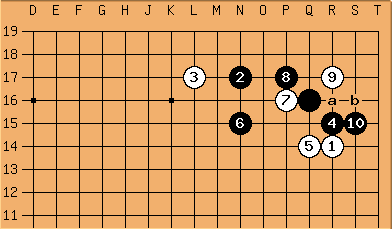 strengthens White more than Black, a (question: or b?) are better. 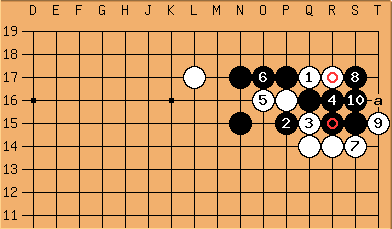 commits a mistake to complete the trap. 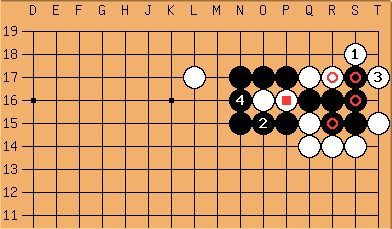 are not well positioned. 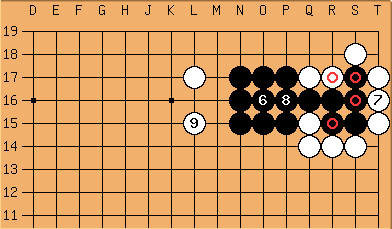 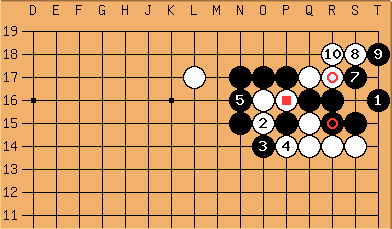 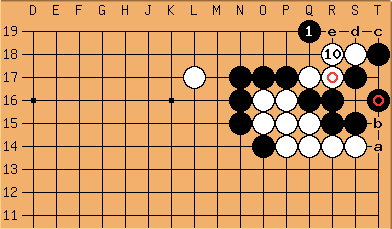 Tderz Who could/would add variations starting from diagrams [2], [3] and [4]?