Thick Plays In The Endgame/ Discussion

Bildstein: Would I be right in assuming that

), but then when White does capture

instead, he is refuting

? Or did Black make up some ground in this game with his shobute of

Mef: As I understand if,

is shobute because it tends to lead to an unclear position, and black being behind would prefer an unclear position. Since White is ahead, it is to his benefit to simplify, so he can play a move that costs him some points (namely

in the second diagram). While this move loses some points for white, the resulting position is much more clear and Black has no more aji he can use to try and make up the rest of the difference. 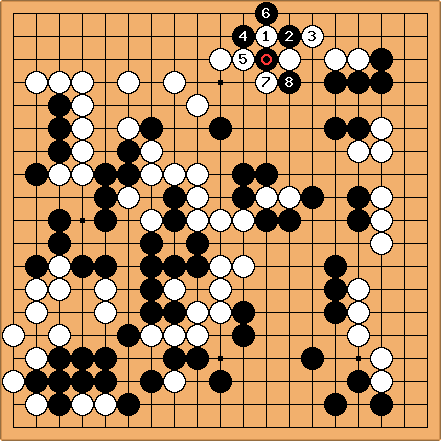 Dave: According to Sakata Black plays the marked stone hoping to mix it up. If White plays the hane underneath at

here, Black will cross cut with

and stake the game on the ko fight after

. Note that White can not simply capture the cutting stone because Black will connect at 5 having broken into the side. 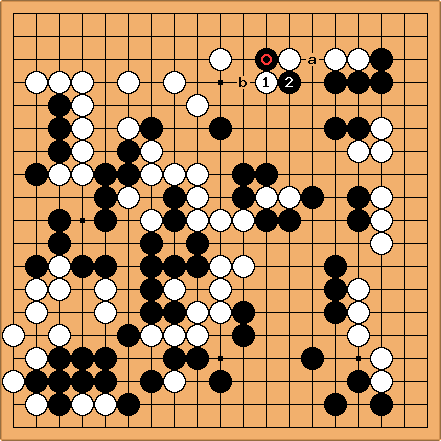 Dave: If White plays the hane on top at

here instead, Black will again cross cut. Now Black views a and b as miai. 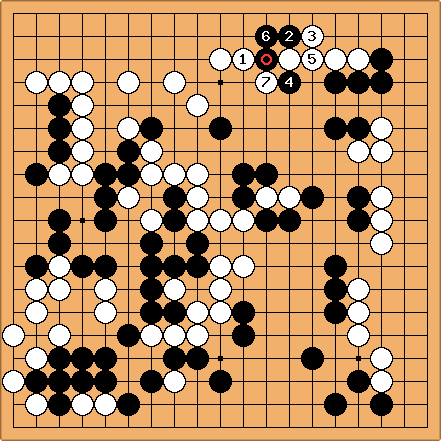 in the game denies Black the fighting sequences above. If Black plays

and Black is lost. 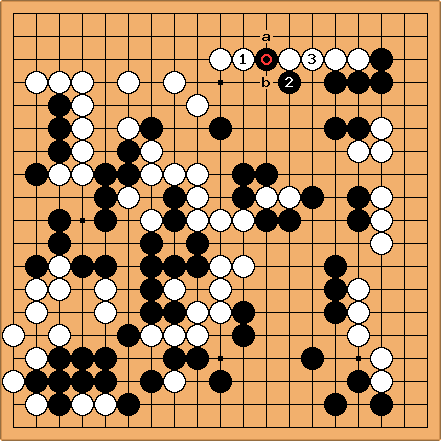 Dave: If instead Black plays this

and now a and b are again miai but this time for White.