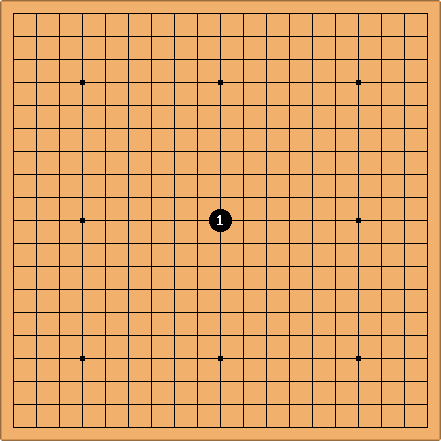 June 1929: This was the first meeting between Kitani Minoru and Go Seigen. Go had only been in Japan for a few months and reportedly had to ask around to find out if it was OK to start on tengen. His intention was to play manego (mirror go), which could be considered the ultimate probe technique - Black plays as shown and waits to see what White will play :-) Here is the continuation.