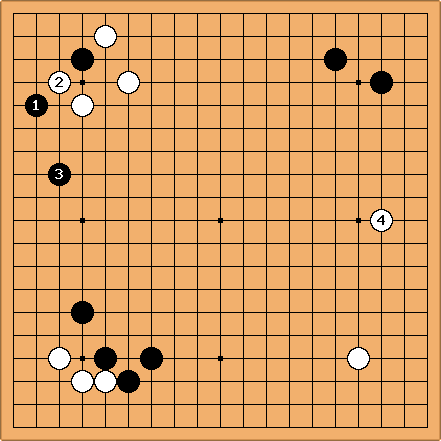 , allowing White to play the big point at

Ishida Akira, commenting on the game, said that if Black had not played

, but had taken a big point himself, for White to play at 1 would have been absolute. He appealed to the following tewari diagram. 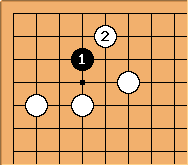 In this position the exchange,

This example is also present in Ishida Yoshio's Dictionary of Basic Joseki, vol.3.

LZ does not agree with Ishida's analysis 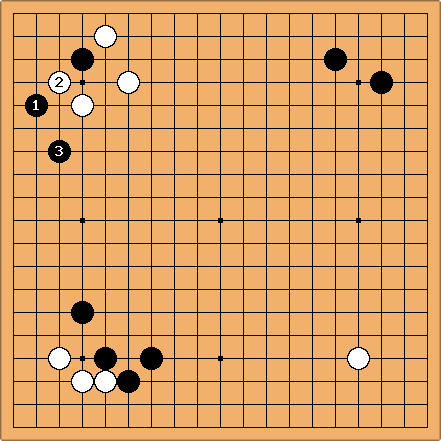 , LZ estimates Black's chances at 40%. After this exchange they drop to 30%. Most likely this is because Black sacrifices the corner, while living there is more to LZ's liking. 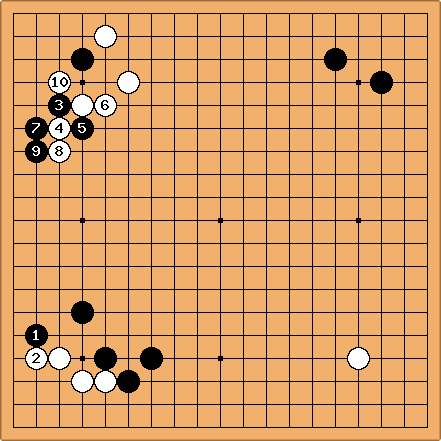 LZ wants to force at

first, then make sabaki in the corner 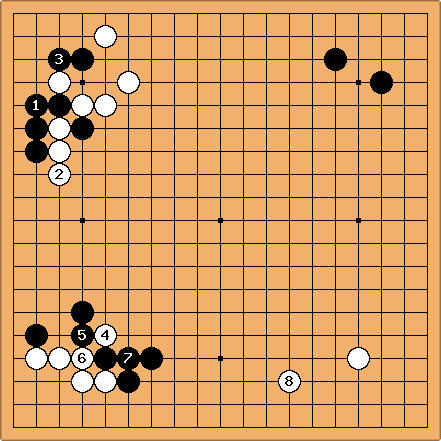